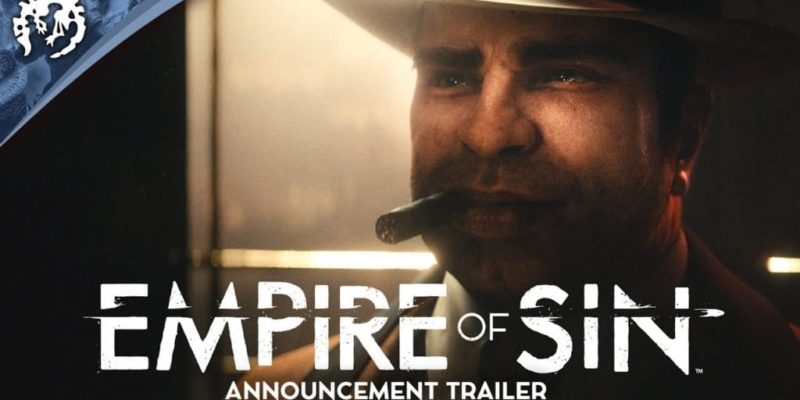 Paradox Interactive is no stranger to rich, historical settings for their games. From Crusader Kings and Europa Universalis to Stellaris, they have a history of great grand strategy games under their belt. Now they’re tackling something a little different. They’ve teamed up with Romero Studios (headed by industry legend John Romero of Doom fame) to create Empire of Sin, a character-driven strategy game set in 1920s Chicago. Players will build their empire from the ground up as one of 14 distinct bosses.

Empire of Sin will feature randomly generated starting conditions, forcing players to think on their feet as they scrape and claw their way to the top. You’ll need to set up your business with illicit operations like speakeasies, union skimming, or casinos. Like any good mafia boss, you’ll also need to recruit and train loyal capos to help you secure your position. It won’t be easy though. You’ll need to take on rival leaders by expanding and taking enemy territory by force. Paradox is promising an impressive cast of characters to interact with. You’ll need to “schmooze, coerce, seduce, threaten, or kill them to get your way.” While we don’t know any specifics yet, I’m willing to be there will be a fair share of femme fatales, wiseguys and rats to deal with while building your empire.

Combat in Empire of Sin will be taking a page out of the X-Com playbook. Fights will play out with turn-based combat. (Hopefully, it will play a little tighter than the similarly set Omerta – City of Gangsters) There is also a focus on the interpersonal relationships of your crew. You’ll need to “build a strong chemistry within your crew to maximize combat damage.” From the sounds of it, it almost seems similar to the relationship system in the newer Fire Emblem games. I’m way on board with that mechanic as it could place much more value on your soldiers and increase the impact of their deaths.

On a larger scale, you’ll need to manage your relationship with the other Dons and members of the establishment. Alliances will have to be made and broken, the law will need to be paid off, and take advantage of the black market to help secure your rise. It looks like espionage will also play a large role as you’ll have to deal with moles in your organization. No word yet whether you’ll have to face the mobs most dangerous enemy, the IRS.

Made man or woman

The last thing you’ll have to decide in Empire of Sin is how you want to win the Windy City. You can own the most successful businesses, become the most notorious gangster in the city, or if all else fails, just gun down anyone who thinks they can do better. Empire of Sin will also let you choose if you want to want to rule as a king or queen, so bonus points there. Considering all the amazing stories that have formed from my playthroughs of Crusader Kings II and Stellaris, it’s probably safe to say that Empire of Sin will offer up unique emergent narratives for its players. Make sure to share your story and what your mob name will be when Empire of Sin launches in Spring 2020.