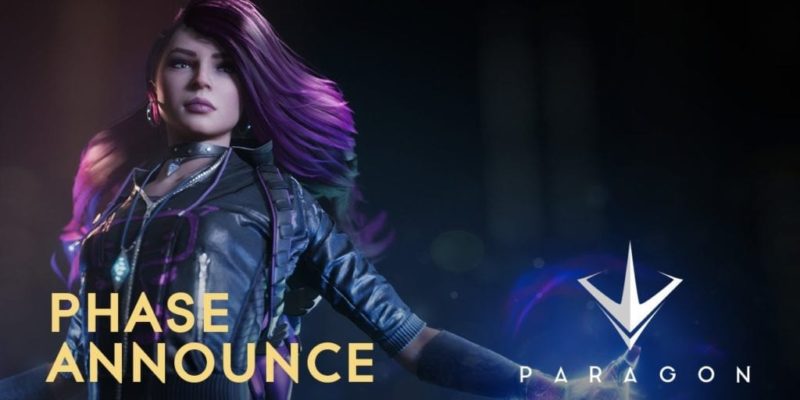 Epic has revealed Paragon’s new hero and as we suspected it’s the new support hero called Phase. Epic has also revealed changes that are coming to the game in update v.40 which is called the Age of Intellect.

Phase will be able to throw her teammates a lifeline and help them stay in battle longer. Her backstory is as follows:

Phase began to exhibit powers at a young age and was sent to Tryon Industries for special “care”. When the other subjects staged a break out, she joined the cause. Once free, she hid her powers blending in with everyday life in Omeda City, until that is, she was led to Agora.

As well as Phase joining the Paragon roster, several heroes have been “reworked” or changed with epic stating the changes will “change how players approach the battlefield”. Murdock and Steel have kit updates to make them more viable in combat, and changes to heroes like Shinbi, Kallari, Greystone, The Fey have been made to “unlock her full potential”.

As we suspected, cards have ben changed again as Epic moves toward a new card system in the future. The jungle has also been updated with “gameplay-impacting changes” including making it harder to kite the minions. They will hit the jungler more. The gold buff has also been replaced with a “variant” of the river bugs granting 300 CXP when killed. The Green buff has also been given increased damage. The Raptor camp has an increased spawn time and CXP has been reduced. The Orb prime active duration has also been increased.

There are a lot of impactful changes in this update so next week is going to be very interesting for Paragon. The patch notes are quite lengthy and you can find out about these massive changes over on the official site.