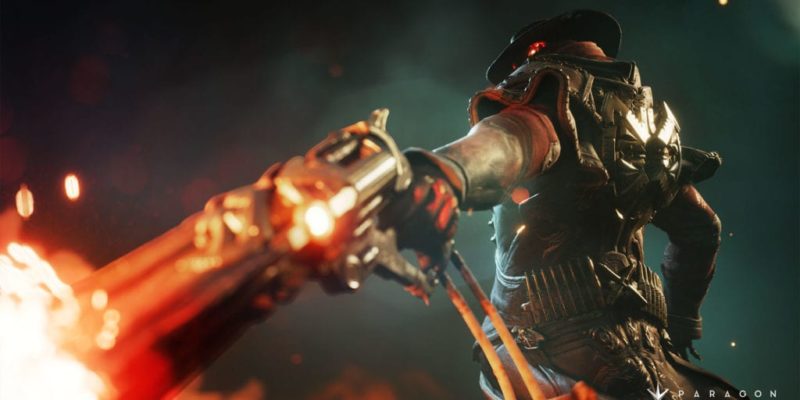 Next week Revenant will be joining the Paragon hero roster and today we have full details of what to expect from this strange looking cowboy. Epic describe him as an “unholy melding of malevolent spirit and vicious bounty hunter”.

Revenant comes with one of the strangest but possibly coolest abilities yet, his ultimate called Reckoning. This transports himself and his target to the Nether Realm for a one on one duel.

Here are his skills…

Revenant will be hitting the live servers next week on Tuesday but until then enjoy the trailer. If you’ve not tried Paragon yet then do yourself a favour and get it installed.