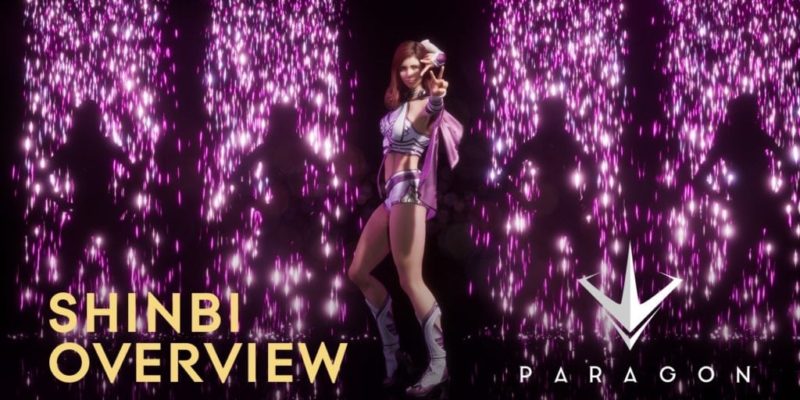 Paragon‘s latest hero has been revealed and she’s called Shinbi.

Next week Shinbi will hit the Paragon servers and this new melee hero utilises Intellect and Growth cards. She’s apparently Omeda City’s biggest pop star who can summon spirit wolves. She’s also a melee assassin who will dazzle her enemies on the battlefield. It’s all rather sparkly.

This is also the first time Epic has moved away from the grittier fantasy characters and added something a little more modern. As to how she looks, well I’m not a massive fan and I was really hoping Epic would stay away from this kind of character design. Her skills are rather tasty though and that’s what matters.

Here’s how her skills stack up and the new trailers can be watched below.

Redeemer is a brute-force brawler coming this spring