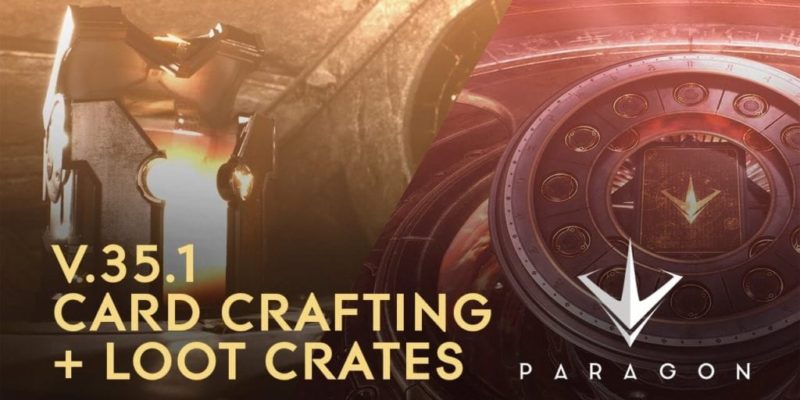 Today the Paragon v.35.1 patch launches with a couple of new features which include card crafting and loot crates.

Card crafting finally arrives giving the players the opportunity to dismantle unwanted cards in their collection and create cards they need. Cards are created from components acquired from the dismantled the cards no longer needed.

Loot crates are new rewards which come with extras such as rare skins, coins, master challenges, and more.

This update is also important for Iggy & Scorch who was woefully underpowered following the launch of Monolith. Iggy has been buffed as you can see in the patch notes below.

Notice: There is a newer Nvidia driver available(375.86) This driver is not being recommended at this time due to the following known issues: