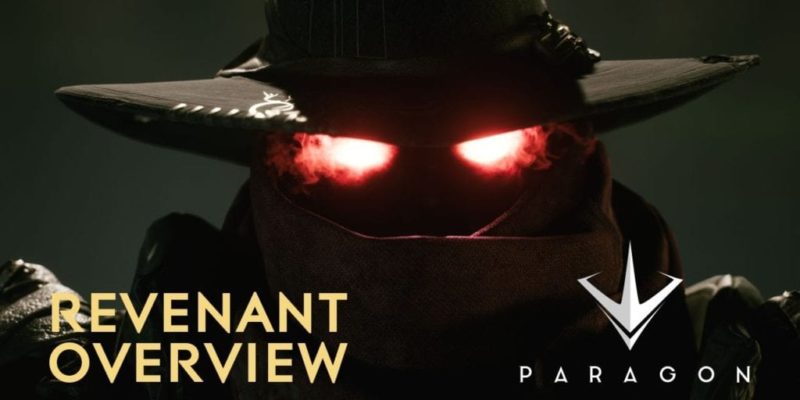 Tomorrow the new hero Revenant will be joining the Paragon roster and ahead of that, we have the latest patch notes.

Revenant joins the game in patch v.39.3 which comes with new skins, the Rogue skin for Sparrow and two Revenant skins, Raven Quill and Chrono Boss.

This Paragon patch makes changes to the Orb Prime which is just as well because this past week I have seen games completely turned upside down with the Orb activation. Gadget is the only hero with a slight change this week and it’s worth pointing out that respawn times have been reduced slightly so take note of that in the patch notes below.

We’re continuing to iterate on our recent changes to Orb Prime, reducing the effectiveness of the Prime Card buff with this release. We want to provide an incentive to use the Orb Prime buff as an objective that allows a team to siege and push the enemy base, however we found that Deathtouch was a bit too effective at creating pressure in other unoccupied lanes.

We’re also experimenting with a reduction in respawn times now that Prime has proven to be an effective tool for sieging the enemy base.

We want to set an expectation that we will continue to iterate on meaningful objectives that add an extra layer of strategic depth and value to each match — so expect more changes soon!

Locked Heroes will now be unlocked if you own their respective Mastery.