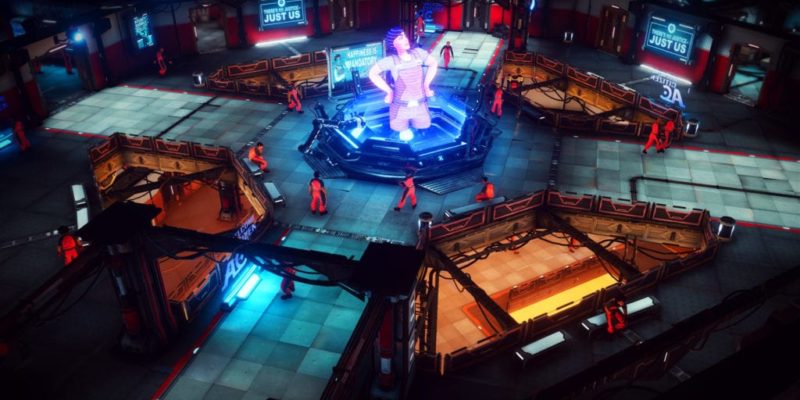 Happiness might be mandatory, but release windows seldom are.

Paranoia: Happiness is Mandatory, a game where you follow the whim of an ultra powerful computer, now has a release date. Inspired by Paranoia, a PC RPG of old, the game tasks you with protecting a computer and your way of life from enemies both outside and within. The game will hit PC via Steam on Oct. 3.

The developer announced the date on Twitter earlier today. In celebration, the team released a developer diary about the game, which you can watch below.

“As part of a special mission ordered by Friend Computer, our reporter was sent to Ireland to investigate Black Shamrock as amidst rumours that one of the team could be guilty of treason,” the post explains. Later, it added: “After checking with Friend Computer, we can confirm the game will release on October 3rd, 2019 on PC and later on consoles.”

After checking with Friend Computer, we can confirm the game will release on October 3rd, 2019 on PC and later on consoles.

The upcoming game takes inspiration from Paranoia, a tabletop role-playing game from the ’80s. The game was set in a dystopian world ruled over by an artificial construct known as The Computer — or Friend Computer. You played as the AI’s deadly soldiers, protecting the machine from threats.

Paranoia: Happiness is Mandatory follows the same lead. You lead a team of hotshot Troubleshooters. Your mission is to once more protect Friend Computer, taking out any and all hostiles. After all, Friend Computer is the ruler of Alpha Complex, the last refuge of humanity — treason will not be tolerated.

More from the Steam page:

Paranoia: Happiness is Mandatory will be available on PC via Steam on Oct. 3.