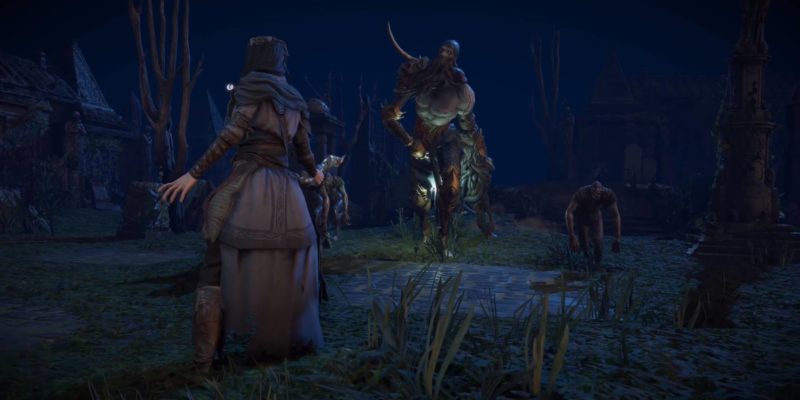 Update: The new league will begin on December 13, not December 7 as originally reported.

You have competition, Diablo IV. Grinding Gear Games announced Path of Exile 2 today at ExileCon in Auckland, New Zealand. You know that Grinding Gear Games is now a legitimate developer because there was even a cringy introductory speaker bit that dragged on for way too long. Good job, GGG — you made it!

Path of Exile 2 will revamp a lot of the original game and feature seven new acts. Chris Wilson, managing director of Grinding Gear Games, said that “we couldn’t expand the [Path of Exile 1] campaign forever,” so instead they opted to create a sequel. But that doesn’t mean the player base will be split or that PoE1 will stop being supported.

All microtransactions and stash tabs will be available in both PoE1 and PoE2. Endgame content like delves, incursions, and maps will be present in both. Don’t worry about missing out on new gameplay, either; new abilities and spells will be available for use in both games. An example of a new skill is the ability to transform, and GGG showed off the werewolf ability that allows players to transform at will. It echoes the recent Diablo IV reveal, but chances are it has been in development for some time because it looks so damn smooth and cool.

Expect new zones as well. During the trailer, one of the hubs appeared to be a giant, moving town traversing a desert. A player fought a gigantic crow monster in a bramble-choked forest. The story itself takes place 20 years after the first game, where the original exiles defeated Kitava before he consumed Wraeclast.

The biggest change is that you no longer put skill gems into items. Instead, there is a dedicated skill gem screen where you equip your gems. And you can have eight six-links, which will mean a big change for the PoE meta, as when you are crafting endgame gear, you can focus on mods. 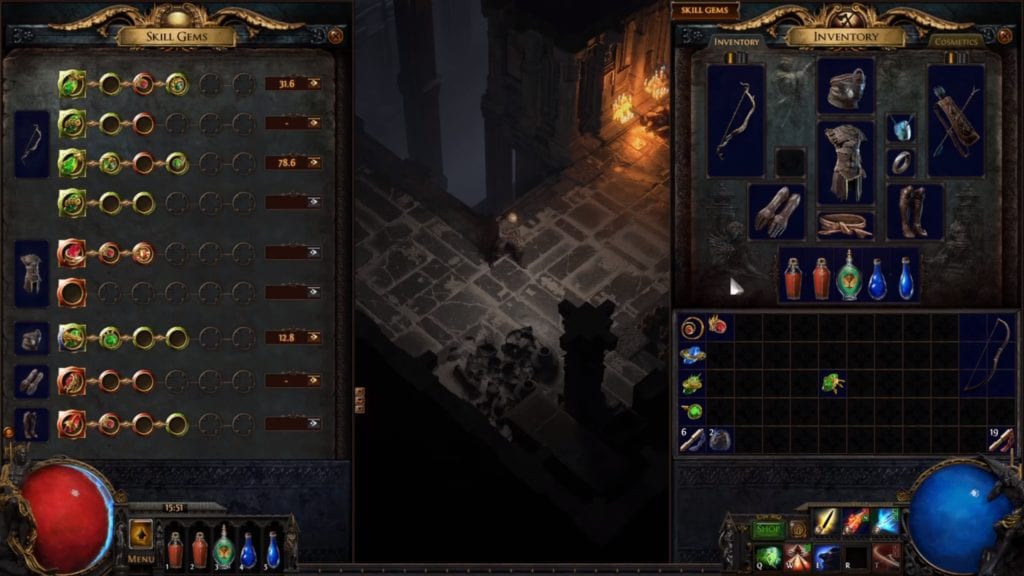 Also expect all of the new bosses in PoE2 to have strong mechanics. Chris Wilson stated that some of the early bosses in PoE are showing their age, so he is excited for even early bosses to provide a challenge as far as mechanics go. Also, there are unique exalted orbs.

Path of Exile 2 will feature a lot of improvements. There are new character models, new animations, and even enhanced physics. In the gameplay demo, you can see the ranger’s cloak fluttering in the wind as the characters spring through a graveyard. Ability feedback is also getting a big boost; shoot an arrow into a stone wall, and it might shatter or ricochet off. That will go a long way towards making the combat feel more visceral and connected to the player.

There will be four leagues in a three-month cycle. There is no release date for PoE2, but that doesn’t mean you won’t be able to try out some of the features that will be coming in the sequel. Some of the improvements — such as graphics and new abilities — will be incorporated into PoE1 next year during the four new leagues that will drop in three-month intervals. Path of Exile 3.9 comes out on December 7.

It’s been a long journey, but there is more ahead

Path of Exile 1.0 came out in 2013. Twenty developers worked on PoE back then, but since then both the game and the studio have grown a lot. PoE has grown from just three acts during its original release to 10 acts in its current state. The studio has also more than quadrupled in size. PoE is currently the undisputed king of ARPGs, boasting the most active community among the genre, and this is a very strong showing in response to Blizzard’s recent announcement of Diablo IV.

There were some other announcements as well. Path of Exile is coming to mobile and Mac OS.

Check out the gameplay demo below.