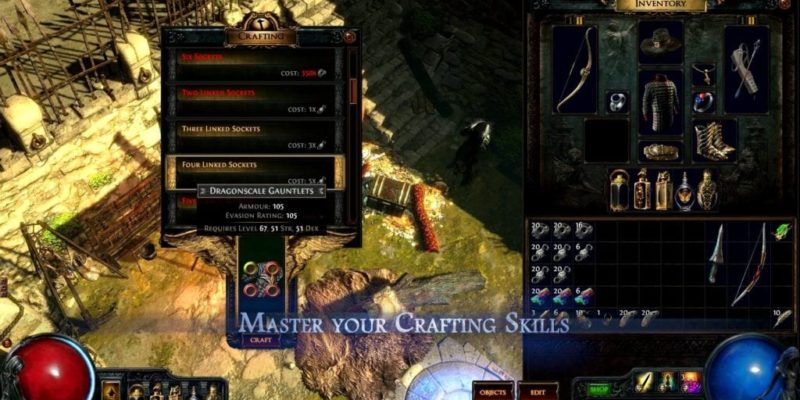 Grinding Gear Games’ Path of Exile has expanded today (as of 3pm Pacific) with the release of the Forsaken Masters add-on. In it, you’ll be roaming across Wraeclast and bumping into seven distinct Forsaken Masters (hence the title, you see) who can offer your character unique quests and training opportunities.

There’s basically no way I can compete with the frightening in-depth run-down of the expansion which Grinding Gear Games themselves offered, so I’m not going to do that. If you want the ins and outs of how all the bits and pieces of this Forsaken Masters expansion slot together, go and read that post I linked above. It should explain everything pretty well.

In short though, the add-on brings unique quests, training and missions (through the Masters themselves.) There’s also the chance to customise your own Hideout (a variation on towns,) expanded crafting options, more items (obviously) and new skill and support gems. For good measure, there’ll also be some revamped boss fights, Challenge leagues and a PvP spectator mode. I think that’s everything. Apologies if I left something out, there.

It’s quite possible you’ve already seen the Forsaken Masters trailer, as it was released about a week ago. If not though, it also gives a reasonable summary of what’s being added to Path of Exile with this release. View it below.

By Michael Feghali59 mins ago
News