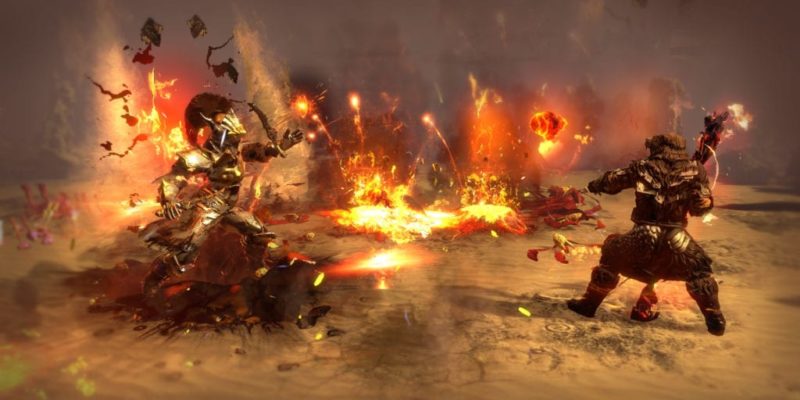 Grinding Gear Games are always busy working on new content for their ARPG Path of Exile and the next expansion has been announced.

Called War for the Atlas, this expansion adds 32 new maps to the end-game as the Atlas is being redesigned, there are ten new gems which includes four new skill gems and six new supports, and fifty new unique items.

In War of the Atlas, the Shaper’s control of the Atlas has been challenged by The Elder which is the new ultimate boss. These two entities are vying for control and the player can affect the outcome of which controls the Atlas depending on which entity’s maps are defeated to give one or the other the upper hand. Think of it as two bosses fighting over territory on the map and the player helping one or the other while trying to gain rewards.

This expansion also comes with a new challenge league, the Abyss League. This time fissures will open up and spew monsters onto the map. The more that are defeated the tougher the challenge becomes as more holes open up. More details on the new league will be revealed soon.

You have to hand it to GGG, the are always looking to keep players engaged and the constant flow of game update is refreshing to see. Here’s the trailer and an official site is now live.

War for the Atlas will launch on 9 December.