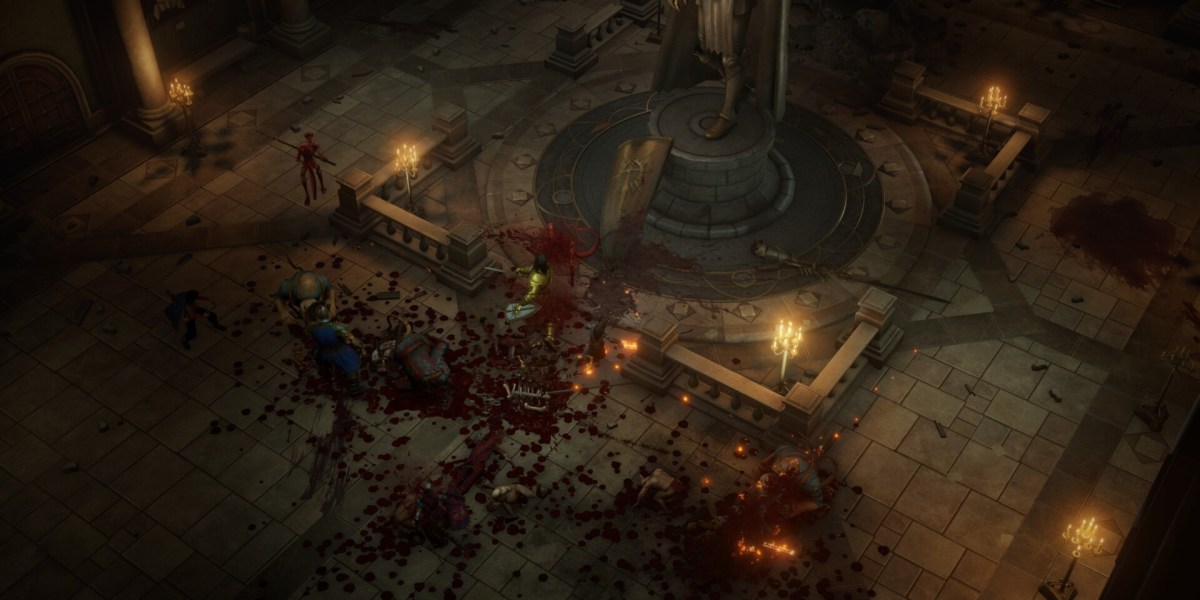 The first time you’ll visit the Gray Garrison in Pathfinder: Wrath of the Righteous is during the prologue. After an unwinnable battle, you’ll end up in the Defender’s Rest tavern. From here, you’ll want to recruit allies and explore the Blackwing Library to find the Storyteller. After the preparations are complete, you can talk to Irabeth to begin the assault. Here’s our Pathfinder: Wrath of the Righteous guide to help you with the Gray Garrison and its statue puzzle.

Pathfinder: Wrath of the Righteous – How to solve the Gray Garrison statue puzzle

To be clear, this won’t be a full walkthrough for the Gray Garrison area in Pathfinder: Wrath of the Righteous. Just be forewarned that you’ll be up against lots of cultists and demons. The good news, however, is that some of the allies you’ve recruited will play a role.

For instance, the “Thieflings” (a troupe of Tiefling thieves — say this five times without flubbing) will sabotage one of the rooms to kill the hostiles therein. Meanwhile, spellcaster NPCs would be able to debuff and cause some of the denizens to fall asleep. Eventually, you’ll reach a room on the second floor with six statues (there’s also a succubus and several cultists here that you need to fight). The goal is to activate the switches in order. The clue is on one of the texts that you can find here. But, to make it easier, you can see the solution in the image below.

If you do it right, a hidden door will open, allowing you to obtain several items such as the Flail of Lightburst and Leather Barding for your animal companions/mounts.

Note: In another section of the Gray Garrison, you’ll battle an enemy that drops a key. This will open a door on the second floor which has a ladder leading to the third floor. On the third floor, you can take out the Minotaur (drops the Blocker Greataxe). Then, save your game and interact with the Wardstone.

This has a storybook event where you can select a Mythic Path dialogue option. A short cutscene follows, and you’ll then do battle against the demoness Minagho and her minions. Personally, I just cast Grease here to make everyone slip before pummeling the boss. Pathfinder: Wrath of the Righteous — How to respec or retrain characters

By Jason Venter30 mins ago
Guides