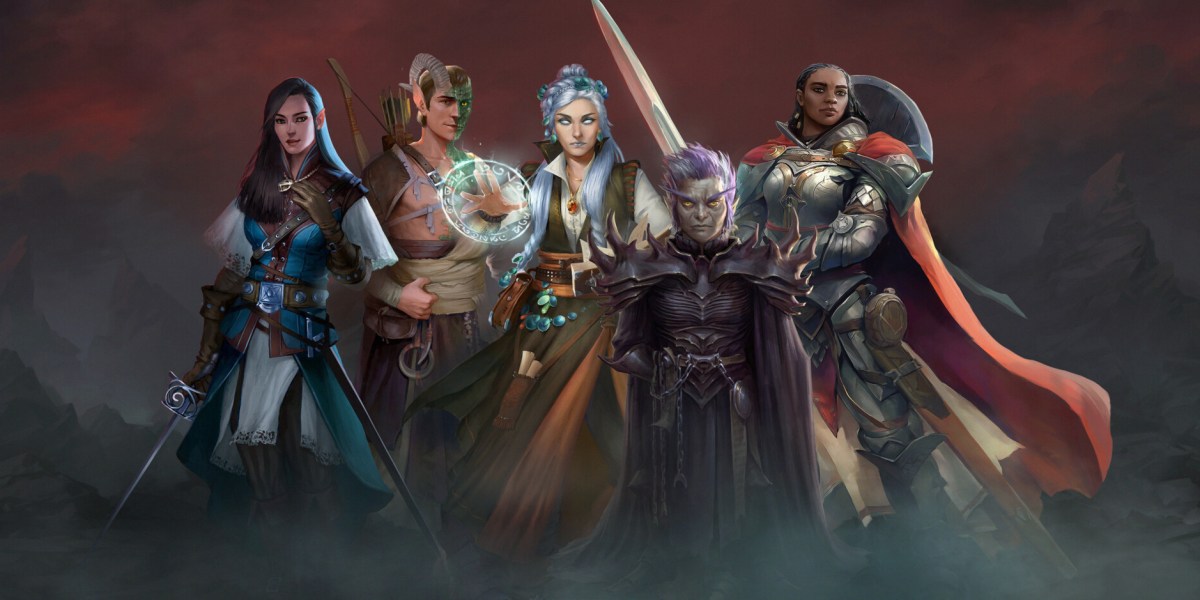 Pathfinder: Wrath of the Righteous has over a dozen companions for you to recruit. However, certain decisions and Mythic Path choices can determine the people who can join you down the line. Here’s our Pathfinder: Wrath of the Righteous guide to help you recruit all the companions in the game. Oh, and it goes without saying that you should avoid dialogue options that will end up killing them.

Note: For more information, check out our Pathfinder: Wrath of the Righteous guides and features hub. Likewise, because some companions join or leave based on some key decisions, you can take a look at our Mythic Paths guide. We also have a romance guide if you want to improve your relationships with certain companions. Lastly, please be reminded that this guide contains minor spoilers.

Pathfinder: Wrath of the Righteous – Companions guide — How to recruit all companions in the campaign

All the companions in Pathfinder: Wrath of the Righteous have a starting class and a default starting level. Still, you should be able to retrain and respec their capabilities by talking to an NPC named Hilor. Just remember that those who join you earlier in the campaign will allow for more leeway when it comes to changes. It’s definitely easier to try and unlock a Prestige Class with them. However, those who join much later tend to be fairly limited in this regard. Since retraining companions only resets them to their default level, you won’t be able to change a few premade picks.

Note: Speaking of companions and retraining, Hilor also allows you to recruit a mercenary (i.e., generic companion). The cost gets higher depending on your character’s level (since that will also be the mercenary’s starting level). This generic companion can be customized fully to your liking. Seelah is the first companion who will join your party in Pathfinder: Wrath of the Righteous. Your character falls down a crevice after attempting to fight a demon. You’ll spot Seelah (and an NPC named Anevia) within mere moments. She’s extremely loyal to your character. But, the moment you fully transform into a Lich (Mythic Rank 8), she’s going to go her own way. Just a screen away after meeting Seelah, you’ll stumble upon Camellia, too. You’ll encounter these two after getting Seelah and Camellia. There are some important choices that can happen as you progress: 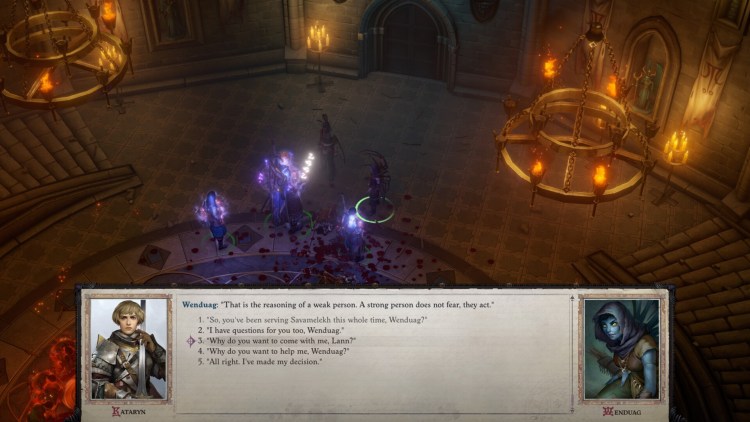 Check the basement of the Defender’s Rest tavern to find Woljif inside one of the cells. To free him, you’ll need to talk to Irabeth.

Woljif will leave your party automatically near the end of Act II, but you have a chance to meet him again during Act III. 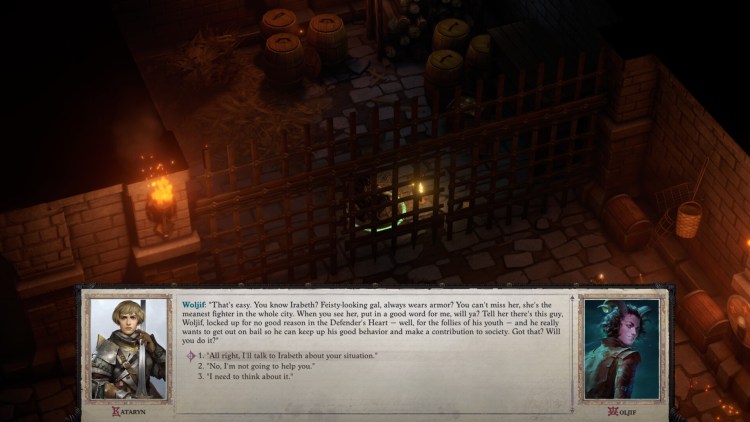 Examine the desk in this area and Finnean will introduce himself, uh, itself, to you. At certain points in the campaign, you’ll learn more about its past (i.e., Storyteller dialogues or encounters with other NPCs). You may also talk to Finnean independently by opening your inventory and clicking on the button at the bottom-right corner, as well as equip him as your personal weapon. You’ll find Ember being accosted by several men in Market Square. Defeat the soldiers and recruit her. While exploring Market Square, an Arendae servant will tell you the location of the manor. Visit this location, fight the demons, and talk to Daeran to have him join. This location is also where you’ll find Aranka for the Starward Gaze quest and Azata Mythic Path. In the same area of Market Square where you found the Arendae servant, you should also see a Mysterious Stranger. If you try to talk to this fella, he’ll simply walk away and vanish. Then, in a subsequent random encounter on the world map, you’ll find Nenio. You can pass a few dialogue checks with the cultists here and, after defeating them, you can get Nenio to join your group.

As you’re doing Nenio’s companion quest called “More Than Nothing,” you’ll get to visit the Nameless Ruins in Act II. This time, Nenio will reveal her true form as a Kitsune. At the beginning of Act II, your character will become the commander of the Fifth Crusade. Queen Galfrey will then have Sosiel join your army. Regill is the first recruitable companion in Pathfinder: Wrath of the Righteous who has a Prestige Class unlocked by default. He’s recruited as part of a quest called Walking By Hell. You’ll receive it while exploring the world map during Act II. You’ll have a random encounter where a man named Yaker says that his squad has been ambushed. Agree to help him to reveal the location of the Reliable Redoubt.

In this location, follow the sloping path while battling the gargoyles. Enter the cave, talk to Regill, and defeat the remaining hostiles. You can ask Regill to join your army afterward. During Act I, make sure that you’ve unlocked the Azata Mythic Path. Then, in Act II, you have to solve the Shrine of Desna puzzle in the Lost Chapel.

With both these requirements completed, you can finally assault Drezen. Go to the prison in the eastern section of the fort to find Arueshalae. Tell her about the vision and choose the Azata dialogue option. She can then be added to your party. Still, if you weren’t able to recruit her early, you have a chance to get her into your party in Act III by going to the Greengates location.

Note 1: Choosing the Azata Mythic Path dialogue option here should be fine. This occurs before you’re locked to a specific Mythic Class.

Note 2: Because Arueshalae is a succubus on the side of good, fully going with the Demon Mythic Path will cause her to leave your party. Alternatively, you may choose to turn her into Corrupted Arueshalae later in the game. After you’ve liberated the citadel of Drezen in Act III, talk to Irabeth. You’ll receive a quest called The Dragon Hunt. Go to the tavern at the northeastern corner of the town to recruit Greybor. Initially, you’ll need to pay him 2,500 gold for his services. After the Dragon Hunt quest, you’ll have to pay Greybor 12,500 gold so he can permanently join your forces.

Note: The Dragon Hunt quest is actually required to obtain the Gold Dragon Mythic Path since it allows you to meet the Storyteller during Act III. Undead Companions – Out of all the Mythic Paths in the game, the Lich option leads to the most number of unique party members. We discuss all of them in our Lich undead companions guide.

Trever – Sosiel’s brother is a secret companion. We discuss all the steps required to get him in our Trever recruitment guide.

Pathfinder: Wrath of the Righteous — How to unlock Mythic Paths

Is Ghost of Tsushima coming to PC? – Answered

By Sam Robins22 hours ago
Guides

How to play Gun Game early in Modern Warfare 2

How to get pre-order outfits in One Piece Odyssey