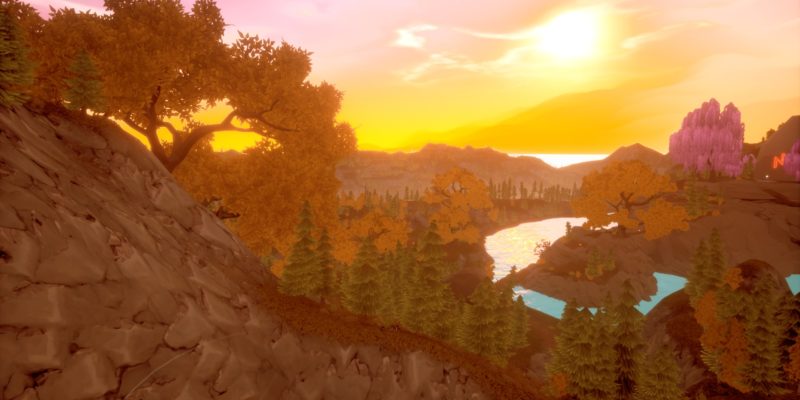 A proclivity for thoughtful, character-centric exploration makes the walking simulator the perfect avenue for personal, purposeful storytelling. The sights, sounds, and understated gameplay complement the narrative beats every step of the way. And in the years following its meteoric rise, I’ve gotten to walk a mile in just about everyone’s shoes. Needless to say, my figurative feet are quite sore.

Paws and Soul is a coming-of-age story with an unlikely, unreliable narrator: a mystical wolf chasing after the spirits of two children. His three-hour pursuit takes him all over an unfamiliar forest, with puzzles and collectibles galore. But for all its flair and pomposity, Paws and Souls never manages to find its footing. From its opening moments to its final seconds, it fails to establish any semblance of harmony between its gameplay and story. 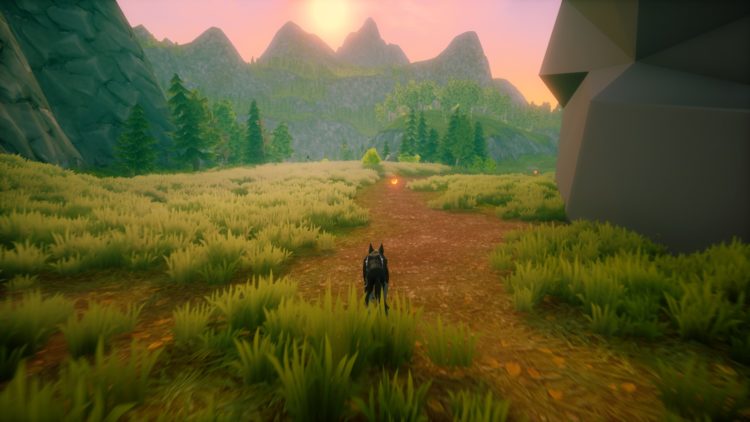 The wolf wakes up in a forest he doesn’t know, in a body he doesn’t remember. You, as the wolf, explore this new landscape, stumbling into visions of the past interspersed throughout. Some snapshots star a boy at various stages in his life — others, a girl. How any of these memories can possibly relate back to a wolf is beyond you, and so you set out on a journey for answers.

A somber stroll through the woods is not in the wolf’s agenda. Paws and Soul is not so much a “walking simulator” as it is a full-blown marathon. But, as you quickly learn, the forest is larger than the wolf is fast. Luckily, the game is not so sadistic as to not provide you with an auto-run feature. Scattered about are special butterflies, which you can also consume for one of several much-needed buffs. Temporary boons to speed or jump height serve to break up the monotony of lonely wandering, if only by a smidgen.

Dotting every path are breadcrumb trails of orange spheres, guiding you to your next destination. Often, they’re used far too sparingly — I lost my way numerous times, especially early on. The uniform environments provide little guidance, even working against the orange spheres on occasion. With few striking landmarks to direct my attention, I had only the soft glow of spheres to light the way. Serviceable, until the flood of luminescent flora and environmental accents washes them out. 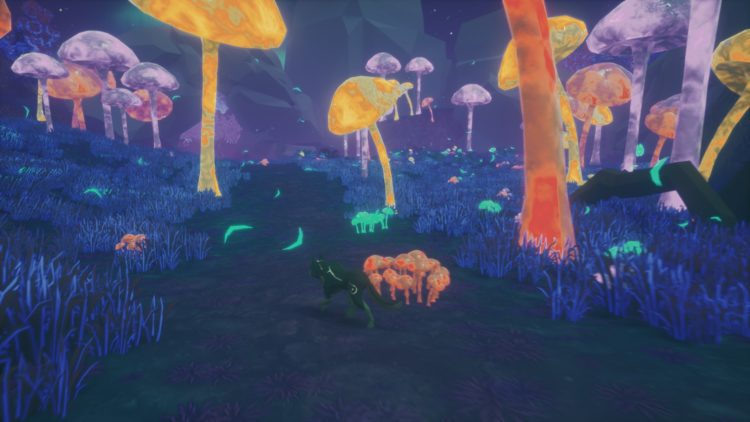 A night in the woods.

Seeing the forest for the trees

As you head deeper into the forest, the levels grow more linear. The environments concede their spotlight to the visions, through which the primary story is told. Each vision rewards you by crushing your momentum, forcing you to stop and stare while the spirits act out a scene. I opted to press onward while the dialogue continued to play, but complications with overlapping dialogue put a stop to my plans.

Standing center stage is David, who struggles with juggling parental expectations and personal goals. It’s a relatable, modern-day dilemma — you can’t help but to root for the kid. But as a wolf, chasing these fleeting moments in time, it becomes difficult to sympathize. Despite the ever-evolving situation with David and his family, the pacing remains unaffected. You run through various sections of the wild, different seasons, all attempting to set some tone that poorly reflects the happenings of the story.

This jarring dissonance is most apparent in the gameplay itself, which sees virtually no evolution. Paws and Soul continues to promote a lax experience without building any bridges between the worlds. What are a few beautiful vistas and soothing piano tracks if the forest itself is devoid of meaning? 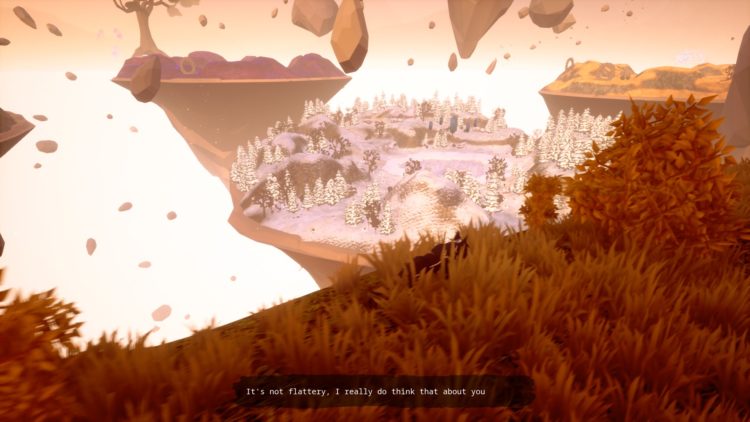 Wonder what’s over there?

Barking up the wrong tree

The wolf is also introduced to Michelle, a young girl with her own coming-of-age story ahead of her. Unlike David, whose story is made to take precedence, her future is in your hands. By solving simple puzzles littered throughout the game and accruing orange spheres, you can help her overcome her troubles. Michelle’s story maintains the monopoly on puzzles, in stark contrast to David’s underwhelming sideline storytelling.

Her story, awkwardly wedged in like it is, fights with David’s for attention. At first, I expected them to be intertwined, given the parallels in both presentation and theme. Although Michelle’s presence acts as a thematic supplement, her story unintentionally undermines David’s. Saving the more interesting bits of gameplay for one story serves to harm the other. The dialogue and its delivery are stiff, but the absence of any meaningful interactions is fatal. 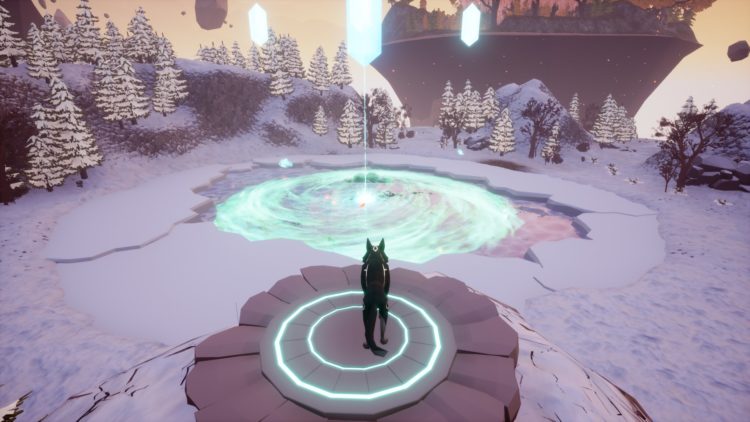 Leveraging perspective to elevate the narrative is the walking simulator special. Paws and Soul found itself a unique narrator, but not the right one to tell its stories. The world of the wolf could be replaced with anything, and there would be little difference.

From its opening moments to its final seconds, Paws and Soul fails to establish any semblance of harmony between its gameplay and story.

By Kevin Carignan6 days ago
Reviews