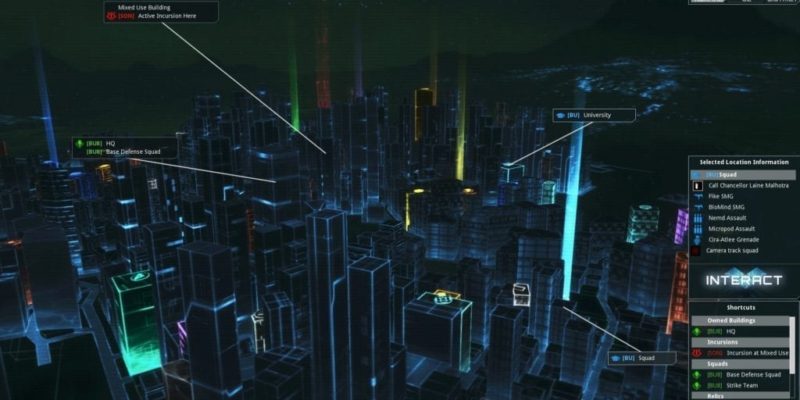 This is Frozen Synapse 2.

Some people like to charge straight into battle, guns blazing, to take out as many foes as they can before going down for the final count. I totally get that. It’s cathartic to run into the fray like a madman and cause mayhem in that short, glorious moment of time. Others, however, prefer to take their time to plan their attack, to savor the strategy of battle and see their cunning plans come to fruition.

If you’re part of the latter, check out Frozen Synapse 2. You might even win a free Steam key!

Frozen Synapse 2 is the sequel to the hit indie strategy game, Frozen Synapse. Turn-based tactical battles are the name of the game here; but to survive in Markov Geist, you’ll need to navigate the political waters that drown the city. But whether that path involves peaceful negotiation or more hostile tactics is up to you as you attempt to keep an uneasy balance between the city’s warring factions. Frozen Synapse 2 provides everything you loved from the critically-acclaimed original — and more. New features include:

Curved walls and new objects like trees, rocks and cars allow for much more realistic levels on a variety of scales, from a road intersection to an enormous shopping mall.

New Focus Diamond mechanic allows you to take out tricky enemies who insist on camping behind cover by predicting their location!

Vastly improved AI makes for tense tactical battles and a host of UI improvements mean that the planning process is slicker than ever before.

And of course, there’s a brand new soundtrack from nervous_testpilot!

Use the widget below for your chance to win!

We have seven Steam keys to give away. Winners will be drawn on Thursday, September 20.

Frozen Synapse 2 is available now on Steam. For more chances to win, check out Destructoid!