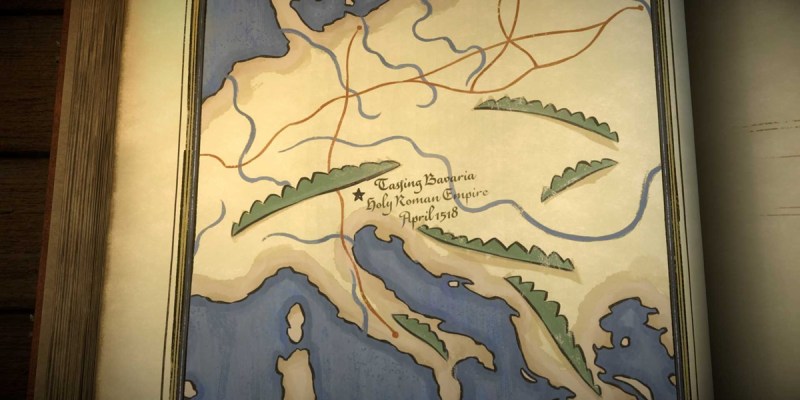 Pentiment has a couple of murder mysteries for you to solve. However, you have a limited window of time to conduct your investigation. Here’s our Pentiment map navigation and daily cycle guide to help you make the most out of each moment.

Note: We’ll have a Pentiment guides and features hub soon, so stay tuned.

First off, map navigation in Pentiment is fairly straightforward. The areas or rooms in the game tend to be interconnected, with icons that notify you if there’s a path ahead. For instance, while you’re inside the church, you’ll see that there are exits to the main yard, old bailey, tower, crypt, and so on. 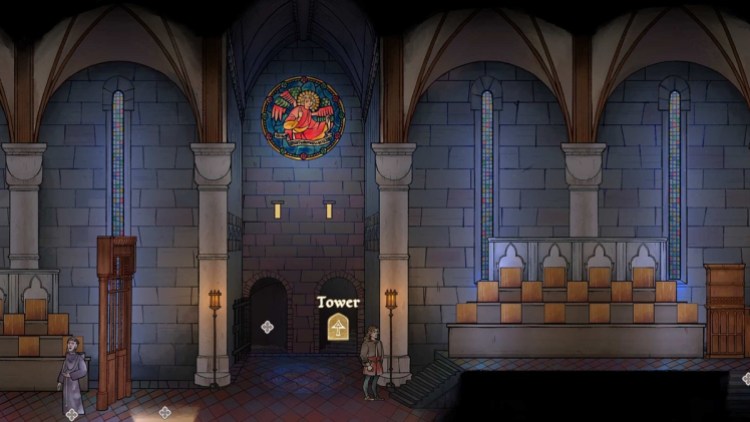 If you do open the map, you’ll realize that these connections are denoted by either roads (in the town of Tassing) or openings (abbey rooms).

Likewise, your character has a triangle marker, and the active objective has a star. In case of multiple objectives, these, too, will be marked on the map. 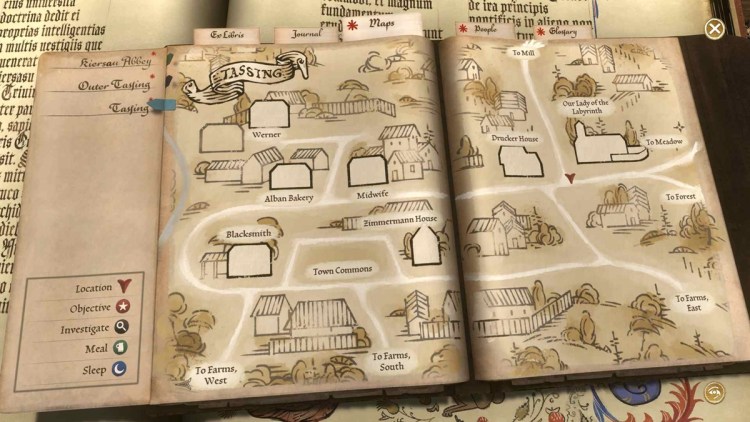 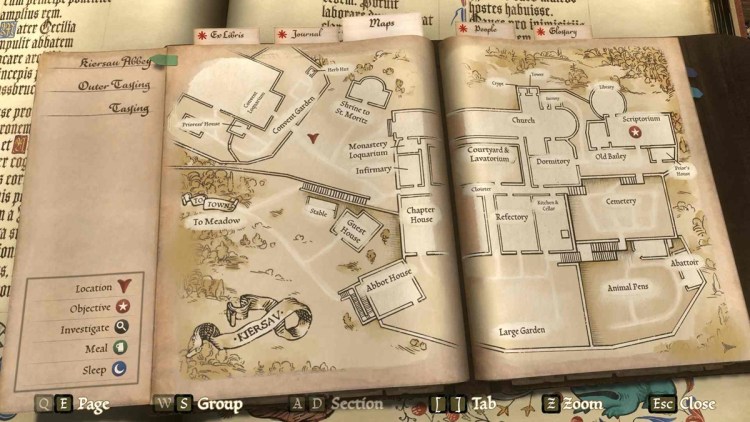 Now, regarding the daily cycle or day-night cycle in Pentiment, you can expect the following: 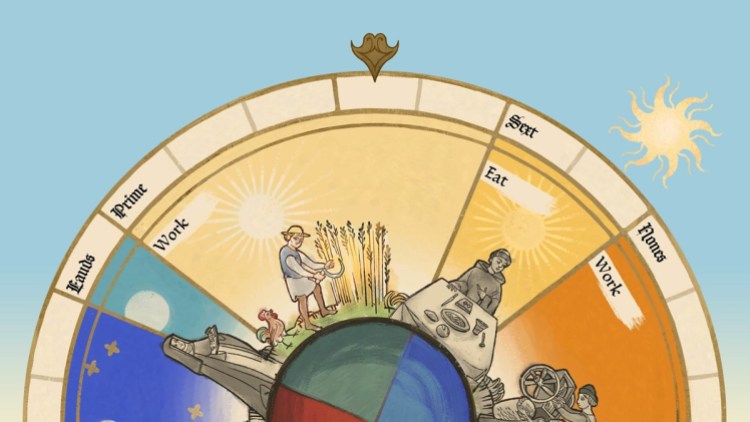 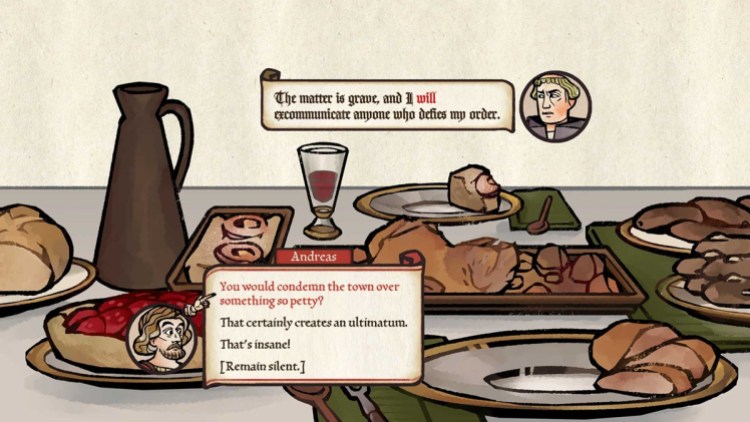