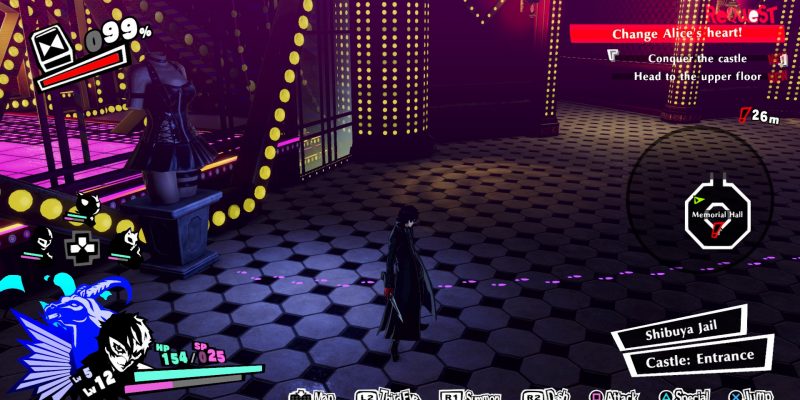 Towards the end of Alice’s Jail in Persona 5 Strikers, you’ll need to hit several switches in the correct order. Doing so will allow you inside an elevator that’ll get you closer to Alice’s Shadow. However, solving this puzzle can prove problematic for anyone who hasn’t remembered to use their thief vision. Holding down the appropriate key or left trigger will show you hidden details and the game hints at it. Once you activate thief vision you can see which of the machines hasn’t been activated and pink footsteps on the ground. Welcome to the Persona 5 Strikers footsteps puzzle.

If you pick the wrong machine, enemies will show up and you’ll have to fight them, so doing the puzzle by trial and error isn’t exactly your best bet. Luckily, the puzzle is easy to solve. Once you look at the footsteps, you’ll notice that they’re all heading in a certain direction from one machine to the next. All you need to do is find the footsteps’ origin point and hit the switch on that machine. Afterwards, walk to the machine the footsteps lead to. Not all of the machines have footsteps leading to them, so you won’t need to worry about those.

Once you’ve successfully pressed all the relevant buttons, the elevator will open and you can leave. It’s worth mentioning that Persona 5 Strikers can crash occasionally, and I even had it do so during one of these Jail sections where you’re walking up the boss’ tower. After solving the puzzle, you may want to head outside and save the game. That way, if the game crashes, you won’t have to do the puzzle again. Not that it takes all that long to do the puzzle a second time once you know exactly what to do. But, if you’re anything like me, you’ll want to only do it once. Also, how come this person’s footprints weren’t all over the place? Seems kind of suspicious that they only leave an obvious trail when it’s necessary. 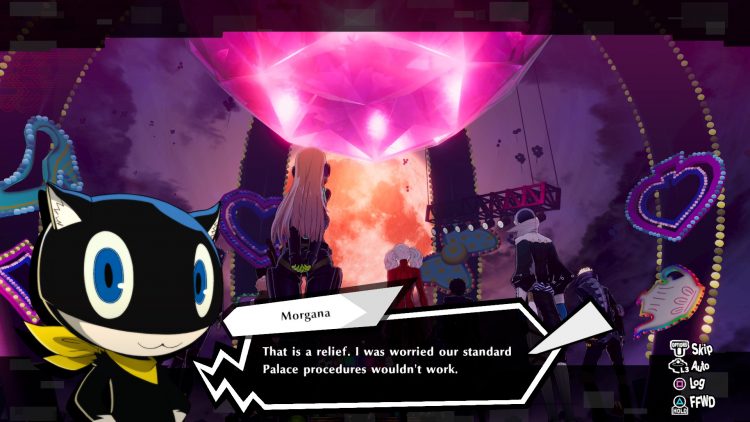 Persona 5 Strikers guide: how to get a Zunda Parfait (Lending a Paw request)

Persona 5 Strikers guide: How to get Persona Points