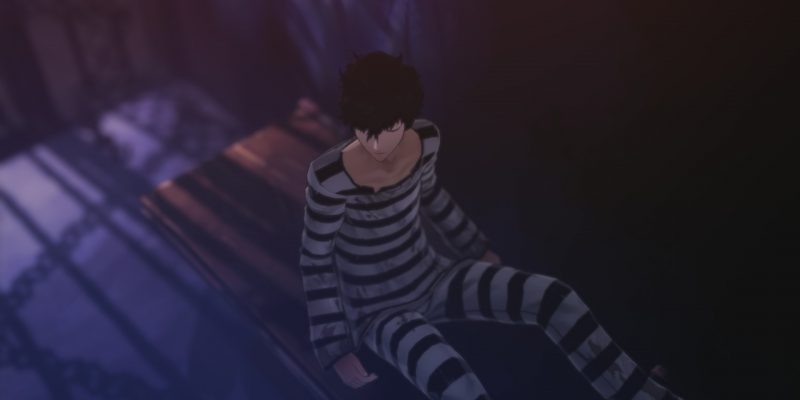 Persona 5 Strikers cuts out all of the social stuff from the mainline series: no social links; no time management; no social stat increases. But that doesn’t mean everything is gone. The Velvet Room returns, albeit with more constraints. For starters, Igor is nowhere to be seen — you deal solely with Lavenza. However, fusing itself is quite different here. If you’re a big Persona fan, then you likely played over 100 hours of Royal in the last year, so switching to a different and, honestly, worse fusion system might be a bit jarring. Fear not. I’m going to break down how fusion works here as well as explain other Velvet Room features.

In the mainline games, you’d normally pick two Personas from your inventory and combine them. Of course, you could also do a search and fuse by result if you were trying to make a specific Persona not just trade in two crummier ones for something stronger. Fusing by result is the only way to fuse in Persona 5 Strikers, however. When you select executions from the Velvet Room menu, you’re greeted by a list of what you can currently fuse based on Personas that are in your inventory or registry. But there are required levels to fuse Personas this time. Your two Personas must be at a minimum level in order to be utilized. Otherwise, you have to level them up beforehand.

As there are no social links, you can kiss the regular experience boosts goodbye. However, accidental fusions are still a thing. They’re random and you can get a decked-out Persona with extra skills if you’re lucky. Otherwise, typical series rules apply. Certain skills can be transferred to the newly fused Persona (although, as per usual, most of them can’t learn just anything), and the game shows you how many open slots they have for skills. Due to the nature of the game, there are fewer Personas in Persona 5 Strikers, although that’s a necessity since most of them need to have action combat mechanics while in fights now. 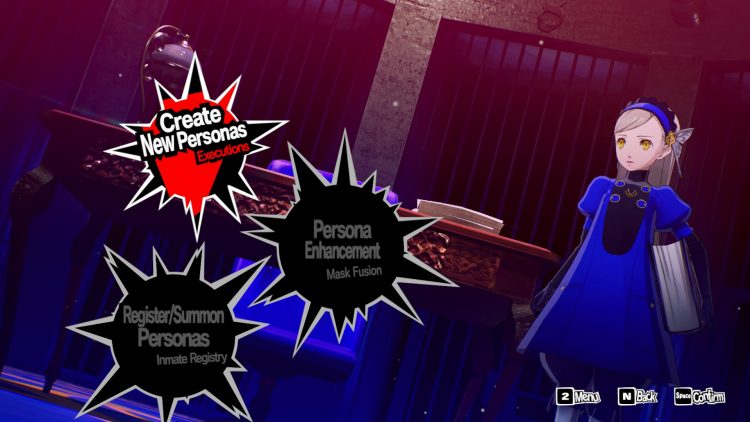 The second menu option in the Velvet Room is Persona Enforcement. With this, you can use Persona Points to increase the levels of individual Personas. I don’t need to say this, but doing so increases their stats and unlocks subsequent skills exactly like in mainline entries. Leveling a Persona up a few times doesn’t take many Persona Points. However, you’ll have a hard time if you want to take them with you for big chunks of the game, as the number of points required gets quite steep. However, Personas won’t get leveled through combat as much this time, so it’s a good idea to get some new skills on them for when you do fuse.

On this menu, you’re able level up the Personas in your inventory, as well as delete them. Deleting them permanently removes that incarnation from your directory if you haven’t registered the Persona, but I’ll get to that in a bit. When you delete them, you gain Persona Points, so you should get rid of extra Persona that are not being used. It can be tempting to stick with the same old Personas, but doing this will put Joker in a tough position and make him less useful than the rest of the team. This is a problem because he has to be in the team at all times. At least you don’t get a game over if he gets incapacitated, though.

Finally, the third option is to summon and register Personas. When you acquire a Persona, it automatically gets added to the registry. But if you delete the higher-leveled version without registering them first, you’re stuck with the weaker one for future summons. Whenever you attempt to use a Persona that’s of a higher level as part of a fusion, Persona 5 Strikers warns you, asking if you want to update the registry. It doesn’t ask if you’re deleting, though, so be sure to register higher-leveled Personas before you wipe them out of existence. 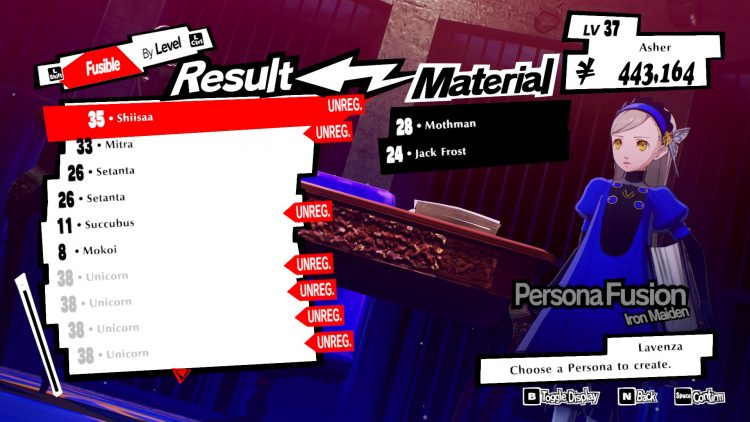 Summoning works a little differently in Persona 5 Strikers. If your inventory is full and you acquire a new Persona mask during a battle, it won’t offer to add it to your inventory. Instead, you can summon it from your registry for free. After that initial summoning, though, you’ll have to pay the going rate to summon them in the future. These summoning rates also show up in the fusion menu, which lets you see what Personas you can fuse. If you’ve got both necessary Personas in your inventory, they’ll be in white up top. But if you have one or neither, the selection is grayed out.

However, you don’t need to go to the registry to summon them. There are prices next to the Persona names in the fusion menu that tell you how much it’ll cost to summon one or even both of the Personas necessary to complete the fusion. It’s very handy and Persona 5 Strikers doesn’t seem to want players to spend hours poring over details in the Velvet Room. Fusing is certainly stripped back here compared to what we’re all used to, but I tend to use the other members more than Joker anyway, even though he’s the only character who has access to curse attacks early on.

As you can see, the Velvet Room in Persona 5 Strikers isn’t nearly as robust or complicated as it was in Royal. It gets the job done, but you don’t need to worry much about working to get that perfect fusion. It’s worth mentioning that skill cards are still in the game and can be used to grant skills to your Personas, so it’s not like everything is missing. Personally, I strongly felt the absence of the typical direct fusions. Plus, there aren’t triangle fusions at all, which reduces some of the craziness we’re used to when it comes to fusing Personas. Anyway, that’s all you need to know about the Velvet Room this time around. See you next time, prisoners of fate. 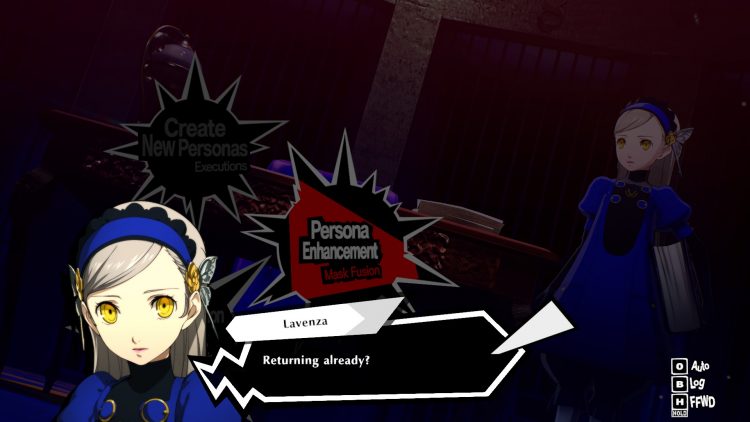