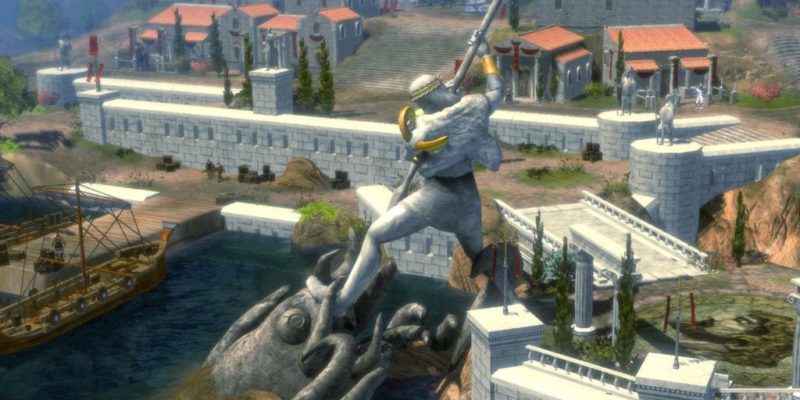 Mytheon‘s open beta began way back in 2010 and then relaunched in 2011 following legal disputes with UTV True Games. The game was then shut down in 2011. Now it’s back.

Petroglyph, who developed the, have now re-launched the Greek mythology inspired MMOARPG on Steam as a one-time purchase. Mytheon has also been redesigned to support this new one-time purchase model.

The game comes with three classes, PvP maps, trading, achievements, hundreds of quests and it’s still multiplayer but can also be played solo.

Since it’s re-release this morning, new players have requested that Petroglyph make it possible to play the game in an offline mode in case the server support vanishes in the future. This is not an unreasonable request considering the game’s rocky history. One of the developer responded to the idea adding:

“The game was f2p w/ Microtransactions previously, you can buy the full game with out paying an extra cent now, but that is a great suggestion and we will take note of it!”

For a game that almost everyone had forgotten about, Petroglyph obviously feel that there’s still something of value here.

The game is currently available for £3.19 with a 20% discount and a new and updated official site has been launched which recaps over the game’s features.

BloodRayne 2: Terminal Cut -- Is it worth it?

BloodRayne: Terminal Cut -- Is it worth it?

Destiny 2: Beyond Light -- Getting The Lament exotic sword