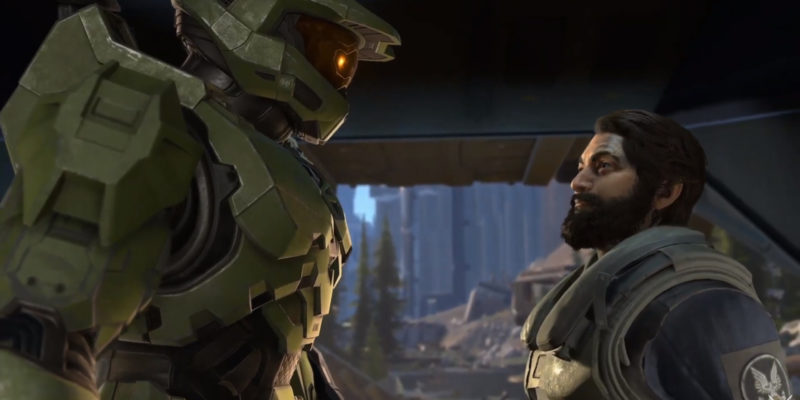 Amid the events of Halo Infinite‘s reveal and subsequent delay, rumors circulated about the game being split into chunks. Ideas were thrown around that the campaign and multiplayer might release separately. This course of action could have meant that some of Halo Infinite might be met at the Xbox Series console launch. In the end, the decision to delay the whole game was made. However, Halo Infinite might still be split up, according to Head of Xbox Phil Spencer.

In a recent interview with Kotaku, Spencer was asked about Halo Infinite. Specifically, questions were posed about the delay and upcoming release timings. In short, Microsoft wants to be sure that the initial launch feels like Halo, but the release format still hasn’t been decided. Spencer says that ultimately, the decision is down to 343 Industries and how the team wants to play it. In direct response to the game’s campaign and multiplayer releasing separately, Spencer says,  “So, yeah, I think that’s something to think about, but we want to make sure we do it right.”

Now, we know this is a pretty unclear answer but it does show us that Microsoft isn’t sure about Halo Infinite‘s release. The game will miss the console launch, but the system is still heavily marketed around the upcoming Halo. Microsoft will be desperate to get anything Halo related on its new console as soon as possible. For PC players, that might mean we can get our hands on some of Halo Infinite earlier than expected.

If that were the case, it seems like multiplayer would be the more likely to launch earlier. Microsoft only brought ex-Bungie writer Joseph Staten on board back in August, so parts of the story are clearly not finished. Criticism was mostly levelled at the game’s visuals, a less important factor for a multiplayer mode aiming for 120fps on console. Only time will tell, but Microsoft still isn’t sure about Halo Infinite.

For now, Halo Infinite is set to launch on PC and Xbox consoles in 2021.

The Signifier review — The hand that feeds