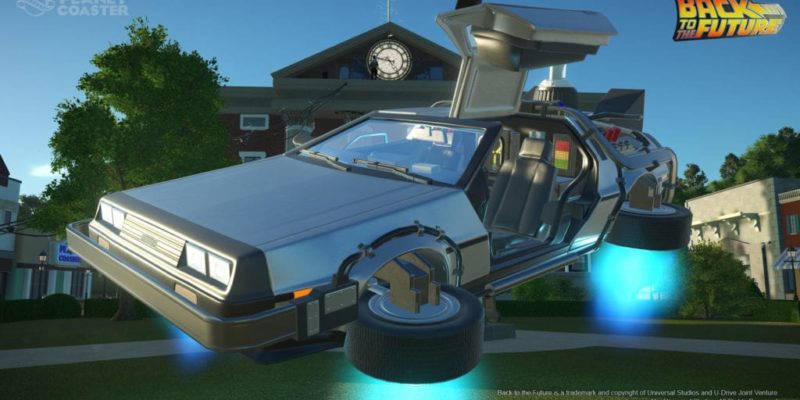 Frontier has already released a load of free Planet Coaster content since the game was released and today they have released some new paid for DLC based on popular movie and TV franchises.

These construction kit packs include the Time Machine from Back to the Future, the K.I.T.T. and K.A.R.R. vehicles from Knight Rider, and The Munster Koach and DRAG-U-LA vehicles from The Munsters.

What these kits allow players to do is create each of the vehicles in large, medium and small scale for scenery and even go-kart racing. There’s also branded logo signs to give a park with one of these themes an authentic feel. Each pack is available now for £1.99 ($2.99 USD).

The packs can be picked up on Steam now.