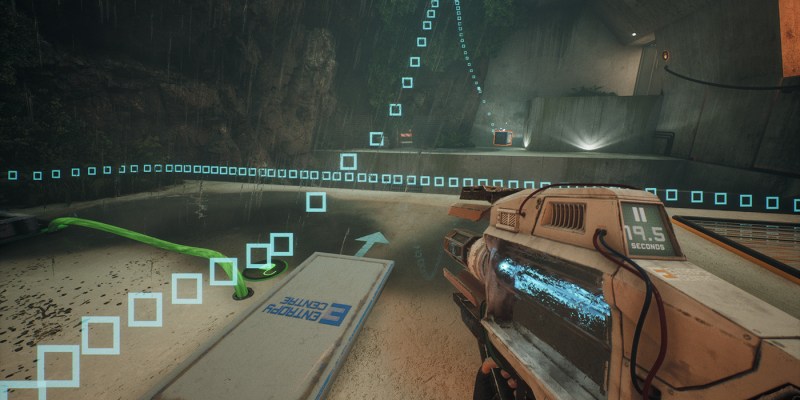 Back in June, developer Stubby Games announced The Entropy Centre at The Future Games Show through a charming yet dramatic trailer. Fans of the Portal series took particular note of this game, as while The Entropy Centre does not include any portal-manipulating shenanigans as far as we know, both IPs function as first-person shooter-esque puzzle adventures featuring testing facilities and quirky AI characters. It sets itself apart through its emphasis on time manipulation, which should ideally make for some interesting puzzle ideas. We now know that The Entropy Centre will release on November 3, so those looking to flex their thinking muscles can look forward to then.

Whereas Portal starred Chell, The Entropy Centre stars Aria, and unlike Chell, Aria actually talks. She wakes up to find herself in the titular space station hovering above an Earth engulfed in flames due to some kind of apocalyptic event. Unfortunately, The Entropy Centre itself has decayed significantly over time and will not last much longer, and it seemingly does not have any other living beings on board.

On the plus side, Aria is accompanied by ASTRA, a gun boasting a cheery AI and the ability to send objects back in time. This allows Aria to solve the station’s complex puzzles and repair some of its dying structures. Doing so will bring Aria closer to The Entropy Centre’s core, where she hopes to find to find a way out of her current predicament. It is uncertain whether reaching the core will provide her with the answers she needs, but she will at least find out more about what happened to both The Entropy Centre and Earth.

The Entropy Centre currently has a free demo available for players to try ahead of the game’s imminent release. This should hopefully allow Portal fans to see if The Entropy Centre will scratch a similar itch.