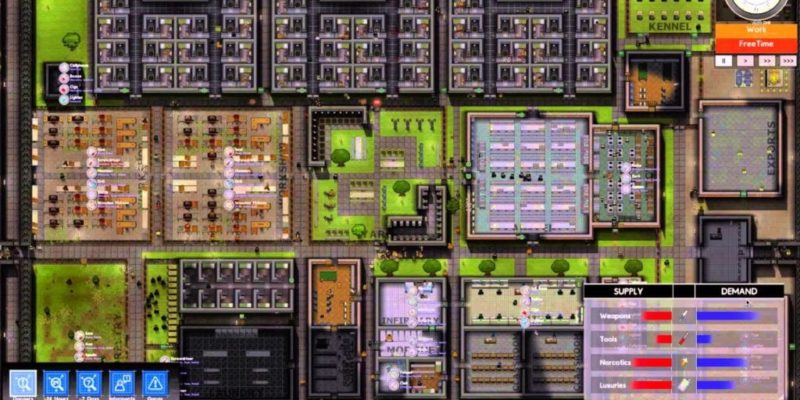 It feels like Prison Architect has been serving considerable time at Her Majesty’s Early Access Pleasure (the first alpha was all the way back in 2012). But after a very long stint in Steam’s pre-release-but-also-sort-of-released limbo, the game is at least likely to come out feature-packed and fairly bug free.

Parole is coming up, so that release date is not far off.

Budding prison builders who are are ready to get stuck into the final game will be able to start constructing their penitentiaries in October – though there’s no exact release date beyond that just yet.

Meanwhile, Alpha version 35 is the latest Prison Architect update. As usual, that means the Introversion guys are back with one of their excellent development update videos along with a fistful of patch notes (which can be found below).

The following rooms now all require Prison Labour to be unlocked:

Additional Contraband can now be stolen from the following rooms: