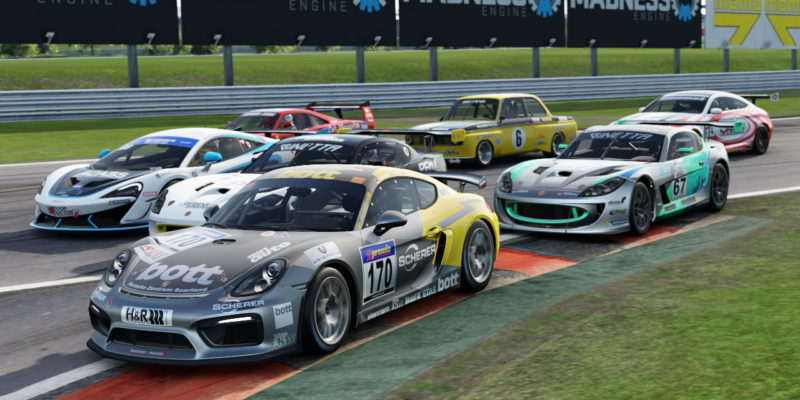 Project CARS 3 is a unique racing game that drives and feels like little else. It can be difficult to adapt to the new style, and –without practice — you can be left driving well off-track. Equally, figuring out what to buy and when isn’t easy to judge. The game itself provides little in the way of useful advice.

Thankfully, I’m here to help. I’ve played my fair share of Project CARS 3, and have picked up a few things on the way. Much of which I would have loved to have known starting off. Here are my big five beginner’s tips to help improve your driving and overall time spent playing Project CARS 3.

Turn off the track guide

In most racing games, there’s usually an assist that provides a racing line of sorts to help those unfamiliar with braking points. This can also be a great way to learn the optimal line through the track, and often the difference maker between winning and losing.

However, Project CARS 3 does not opt for this. Instead, there is a bizarre assist called the track guide. It’s supposed to show you where to brake and where to exit, but it does an awful job. 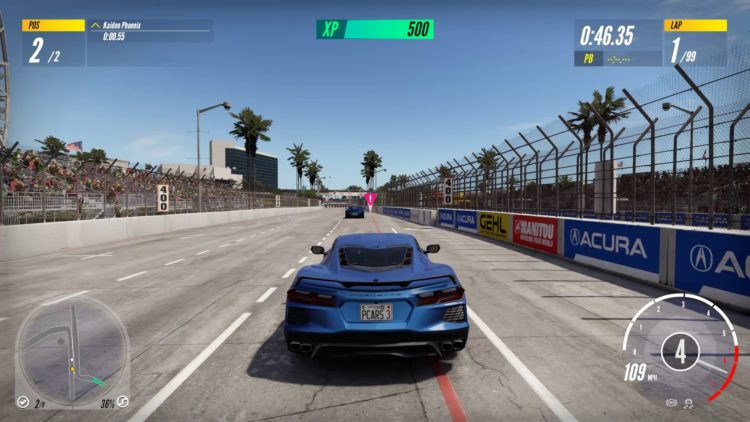 The Track Guide is not well implemented and will often tell you to brake far too early before corners. You’re better off just figuring out how well your car can brake by practicing.

If you were to just follow the track guide’s advice you’d end up completely stopped on most corners or losing time trying to force yourself wide on the exit. I’d say at least half of the corners in-game are incorrectly marked, making this a poor tool to learn both braking points and the optimal racing line.

I get that the Track Guide is supposed to help you achieve track mastery, but once you figure out how to take corners properly, it becomes problematic. Over-reliance on it is going to make you develop bad habits that are hard to get out of. Save yourself the hassle and drop this assist before it gets the chance to do any damage.

Every 24 hours, the Showroom, the area which you buy cars, will have a new special deal available. These deals randomly select a car from the game’s database to go on sale. This can be a great way to save credits and earn higher performance cars early on.

A great example of this is that one day I managed to buy a Class C Chevrolet Corvette Stingray for just 50,820 credits. This was down 40% from the car’s original price of 84,700 credits. I then used the money I saved from the deal to purchase access to the Road C World Series. 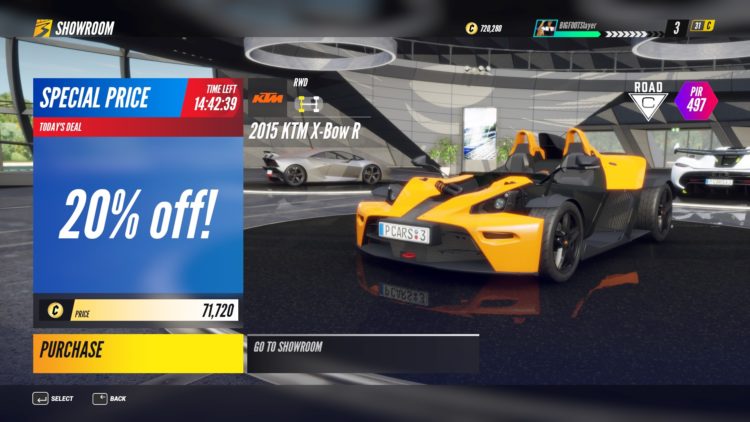 Don’t feel pressured to buy every deal that comes up. Some of them aren’t worth your hard-earned credits.

I effectively skipped most of the Class C races thanks to this deal. The best part is that these deals aren’t limited to just road cars. Even the most expensive race cars will come up now and then. For example, I managed to pick up a Koenigsegg Jesko at 50% off when I was just level 4.

Not only did this save me over 150,000 credits, but I was also able to buy a car that would normally be locked behind at least driver level 8. Who knows? You might get lucky one day and your dream car appears there at half price.

Turn up your AI difficulty early on

A big mistake many people make when getting into a racing game is easing the AI difficulty. In some other games, I can see why this could be a good idea. After all, something like 100 difficulty in F1 2020 is tough, and you’d likely get left behind as a beginner.

However, most of Project CARS 3‘s difficulty settings are easy to outrace. In fact, I’d say even as a beginner you should never go below Very Hard. Do not let its name deceive you. Even in my first race, I was several seconds a lap faster than the AI on this difficulty. 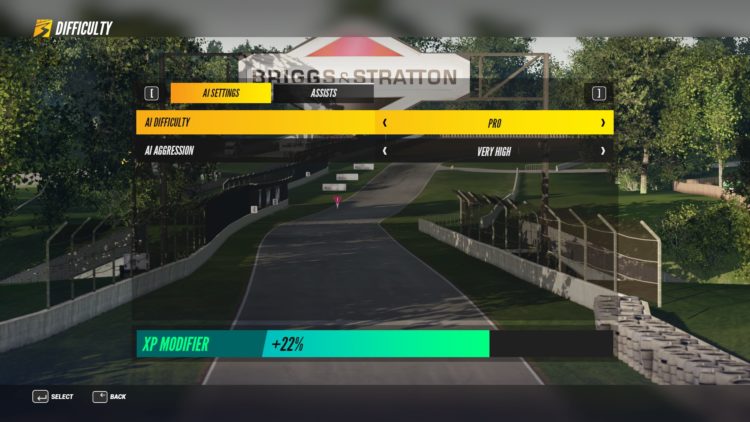 Don’t shy away from high-level difficulties. The A.I in Project CARS 3 isn’t good and if your driving is at even a decent level you’ll manage fine on at least Very Hard or Pro.

I found Pro to be a good level for me, but Legendary isn’t as much of a step up as you might expect. The only irritating thing with Legendary is that the AI don’t seem to ever change gear. This gives you a hefty disadvantage on any circuits that feature long straights.

Don’t brake and turn at the same time

This tip applies to just about every circuit racing game ever made. The number one way to improve your driving early on is to avoid braking and turning at the same time. Otherwise, you’re in for a world of problems. Most notably, it will lock up your front wheel and cause you to go wide.

Instead, taking a corner properly can be separated into four stages. First, you’ll want to make sure your entry point is correct. For most corners that means starting off on the opposite side of the track that the corner turns. This gives you the most possible space to take the corner with speed. 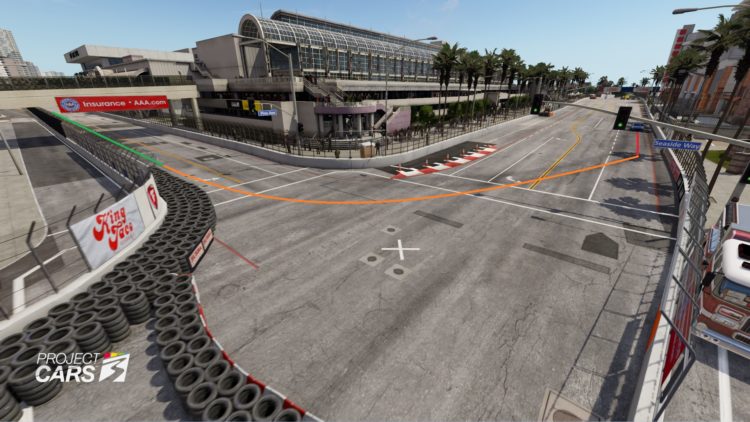 Brake hard in the red zone, turn in whilst applying slight throttle half-way through the corner in orange, and then hard throttle on exit in green. This concept can be applied to almost every corner on every track.

Next, you’ll want to brake and slow down before reaching your turn-in point. Learning where to brake on different tracks and in different cars is something you’ll pick up in no time. Now, you want to turn into the corner and keep a good line. For most corners, this means hitting the inside apex.

The final step is to throttle out of the corner and carry as much speed as possible onto the outside of the track. If your car doesn’t naturally roll onto the outside, then you didn’t carry enough speed. If you ended up leaving the tarmac and not turning in enough, you likely carried too much speed.

By default, Project CARS 3 likes to enable some irritating graphics settings. While some of these may look nice at first glance, they can be surprisingly harmful to your driving. Turning them off or at least dropping them a little should be considered a must.

The number one offender that all players should disable regardless of preference is motion blur. When enabled, motion blur makes it so that the edges of your screen blur when going through corners or driving fast. This makes judge corners far more difficult as you can’t properly see the entry or exit points until they are directly in front of you. 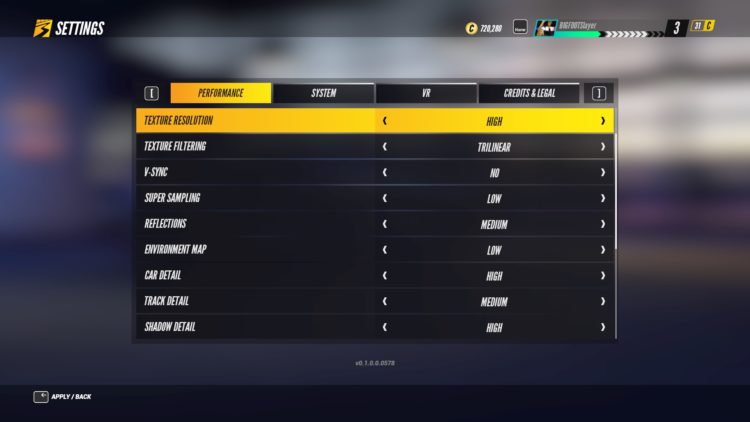 My testing found these to be the best overall settings that balance performance with graphical fidelity. Everything below Shadow Detail should be set as low as possible.

The priority should be to maximize framerate without completely ruining the look of the game. I found that the best way to do this is to drop unnecessary graphics settings like Detailed Grass, Texture Filtering, and both Particle Quality and Particle Density.

These settings are mostly background details that have little impact on your actual driving, but can drastically decrease your framerate when turned up. If you do choose to drop your settings for extra frames, I’d recommend keeping Texture Resolution, Reflections, Car Detail, and Shadow Detail on at least high to keep your game looking good.

Also, keep in mind that if you opt to play on Windowed or Borderless Windowed you should expect an extra input delay of roughly 30ms. For this reason, I recommend full screen with the refresh rate set as high as possible for your respective monitor.