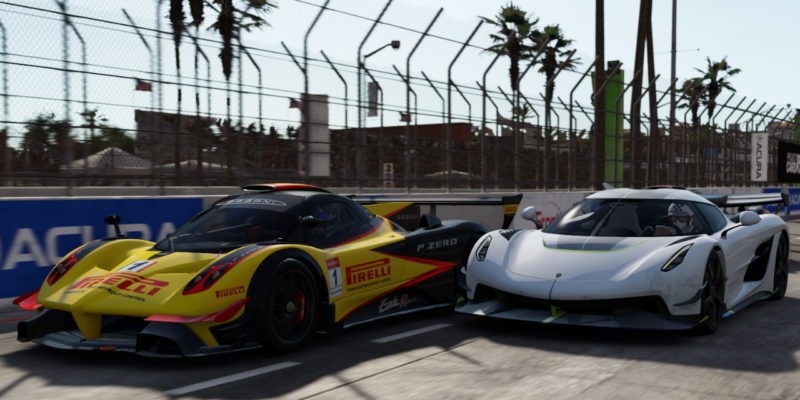 Rebranding an entire franchise is a brave move. Doing so risks throwing away everything you’ve built over the years. That’s why when I first heard that Project CARS 3 was abandoning its simulation racing roots, I was a little interested. Slightly Mad Studios is a development team that started life working on great simcade racers like Need for Speed: Shift. A return to form is not necessarily a bad thing.

However, the studio’s past experience doesn’t necessarily mean success is guaranteed. Arcade racing games are incredibly hard to make. Arguably, since the fall of Need for Speed and Burnout, there has only been a handful of notable arcade racers. And if my time with Project CARS 3 is anything to go by, this isn’t one of them.

With this installment, Project CARS has officially abandoned its original identity as the Community Assisted Racing Simulator. Instead what we’re left with is a simcade conversion that to reuses licenses and assets from the first two games. The real question is: how well has Project CARS 3 managed to transition to a new sub-genre? Unfortunately, not well at all. There are a lot of fundamental oversights and questionable design decisions that have left Slightly Mad Studios’ latest game without an identity.

I had originally envisioned Project CARS 3 to be something akin to Forza Motorsport or Gran Turismo. However, in terms of the handling and the general feel of the cars, it’s honestly closer to GRID than anything else. And while that’s not necessarily a terrible thing, few will argue that GRID feels better than either of the aforementioned simcade kings. 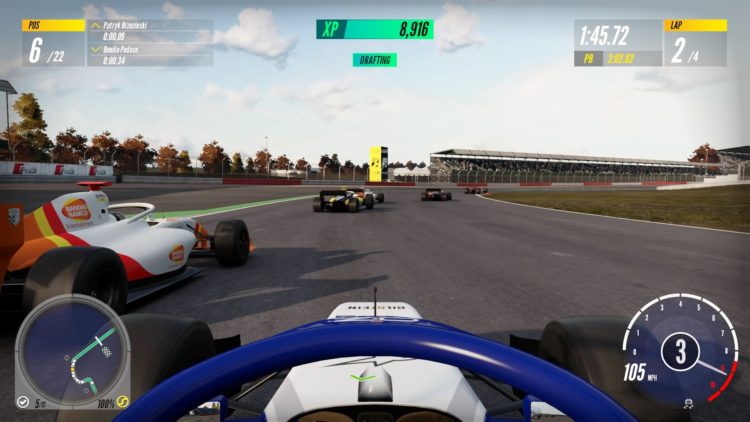 My biggest problem with the new handling model is that most cars just don’t grip enough. The front wheels often turn in as though downforce doesn’t exist in the Project CARS universe. Mind you, considering the complete absence of pit stops, fuel management, and tire wear, it’s obvious featuring any degree of realism wasn’t a priority.

This issue is only exemplified when you jump into just about any race car. Try to take a flat-out corner in one of the Formula 1 cars and you’ll you perform a reenactment of The Fast and the Furious: Tokyo Drift. From what I can tell, even setups and upgrades focused on handling don’t help much either. The exaggerated oversteer feels okay in your typical road car, but is just ridiculous in any of the high-pedigree race cars.

Starting out your racing career

Outside of the handling, one of the biggest changes for Project CARS 3 is its new career mode. While the previous games had you work up the disciplines, this year’s installment delivers a system similar to that of the Forza franchise. The focus is firmly put on building up a collection of cars and upgrading them both mechanically and visually.

Almost all of Project CARS 3‘s buyable cars have been imported from the previous game. This means that there are only just over 200 different cars to buy. When compared to Forza‘s 700, it’s pretty clear this isn’t going to compete as a collectathon racer.

The career mode itself sees you working through several different classes categorized by the new performance index system. Road cars and racing cars are separated, but you can upgrade most vehicles into higher classes. Interestingly, you can also straight-up purchase access to later events with in-game currency. This is nice if you want to skip ahead to a faster category without grinding everything out beforehand. 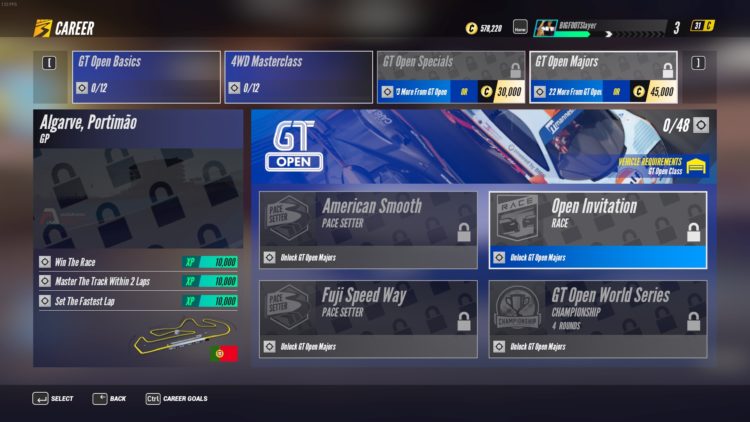 Trading in-game currency for progression is a nice way to let players skip classes they aren’t interested in.

Career events are split up into five different game modes. There’s Race, Hot Lap, Breakout, Pace Setter, and Championship. Race and Hot Lap are self-explanatory, while Championship acts as a short Grand Prix series. Simply win the most points across multiple races to complete it. As for Breakout, here you are tasked with hitting as many targets as possible within an allotted time period. Finally, Pace Setter is similar to Hot Lap, but requires you to hit an average lap time over three laps instead of going as fast as possible in just one.

These modes do a decent job of varying up the gameplay. You can tell Project CARS 3‘s career was aimed at a casual audience, but it can still be enjoyable for even the most hardcore of simulation racers. Just don’t go into career mode expecting anything more than your typical simcade campaign.

Not enough wax for the shine

I have to admit, even with the transition to simcade I had expected Project CARS 3 to at least look phenomenal. After all, the first two games made some real arguments for the best-looking games debate when they released. However, that is really not the case with this third installment.

While Project CARS 3 is by no means ugly, it’s outperformed by most other big-budget racing games. Although the cars themselves look great, just about everything else is lackluster. The detail on tire smoke and distant environments is particularly poor. Frankly, a cranked-up Project CARS 1 probably looks better than a max settings Project CARS 3. Given the five-year gap between them, that’s just not good enough. 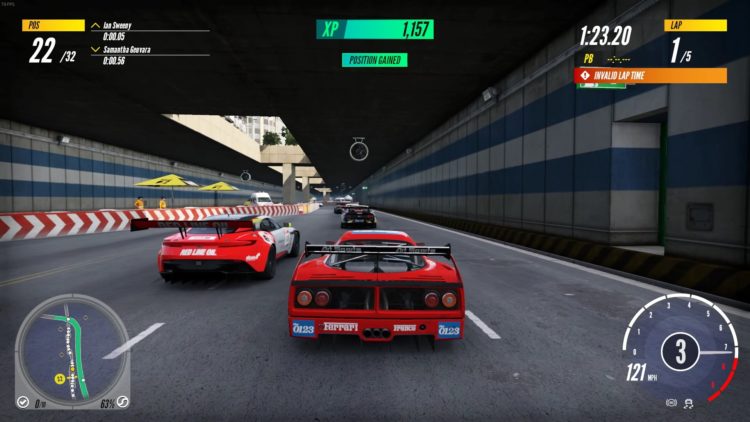 It takes some audacity to put an RTX 2070 as the recommended graphics card and then produce a game that looks over a half-decade old. Mind you, the developer might have a point. My Nvidia RTX 2060 managed 77 fps at max settings and 1080p, but it averaged out at closer to 67 fps. This increased to 172 fps at minimum settings and 1080p, while averaging out at around 144 fps.

At 1440p and beyond, the RTX 2060 just wasn’t powerful enough to sustain a playable framerate. Unless you have a top-end graphics card, you’ll either have to play in 1080p or lower-than-ideal settings. Either way, the end product isn’t going to look close to a AAA racing game released in 2020.

It’s tough to say, but Project CARS 3 just isn’t a particularly good game. It’s by no means unplayable, and I’m sure a casual racing game fan could have some fun. But even then, does it do anything better than something like Forza Horizon 4? Not really.

Even the large focus on the improved controller experience isn’t necessarily something I agree with. While it is easier to race on a pad now, the first two games were actually quite satisfying once you tweaked a few controller settings. In contrast, Project CARS 3‘s Frankensteinian simcade handling model never provided me anything above a passable experience. 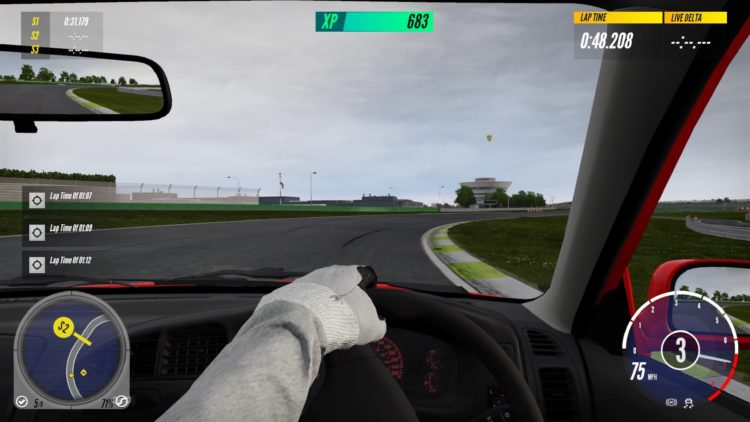 I will acknowledge that the career mode is better than ever and, even if the car collection isn’t amazing, I’m still a sucker for an old-school progression model. Working your way through races to buy and upgrade the car of your dreams is always a fun time.

Unfortunately, every positive I can think of is overshadowed by several negatives. Considering this, it’s difficult to recommend Project CARS 3. Core genre fans will get frustrated, while casual fans will get bored of it rather quickly. All in all, I’d consider Project CARS transition to a simcade to have been a relative failure.

A confused identity mixed in with its awkward transition to simcade makes Project CARS 3 one of the least satisfying racing games I've played in years. There may be potential for its more arcade focused design to be developed upon but Slightly Mad Studios is certainly not there yet.

Gods & Monsters may be going under a different title now