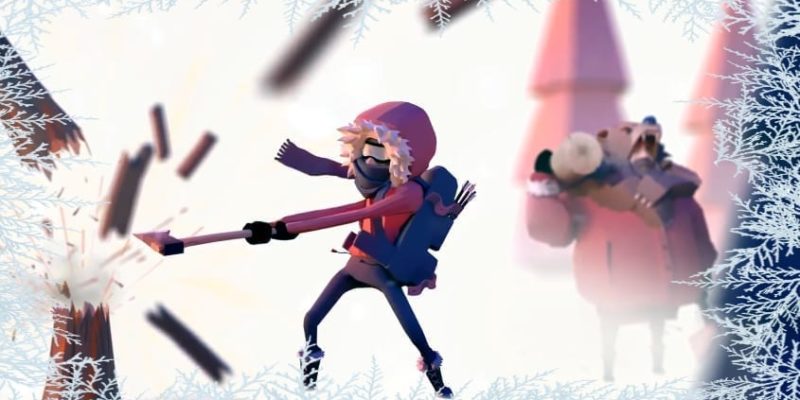 Project Winter from Other Ocean Interactive finally left early access last week, celebrating an official launch. On the first inspection, this game seems like your standard multiplayer survival fare. Players must keep well-fed, warm, and healthy while striking out into the tundra in search of resources. However, this specific survival game has a very unique element to it. In Project Winter, two of your teammates are traitors.

Survival and betrayal together at last in Project Winter

The game features eight players who are trying to work together and survive the elements. This involves not only staying healthy but also gathering resources and completing various tasks. The game has a fairly comprehensive crafting system that allows players to forge together tools such as pickaxes. There’s also a building called the armory, which spawns only once per game and contains a load of lethal weapons. In addition to the elements, the team must contend with the wolves and bears who stalk the map. Players must basically stay alive long enough to escape, but that’s another issue entirely. Two out of eight players aren’t looking out for the team’s well-being, and this aspect is where PW soars. 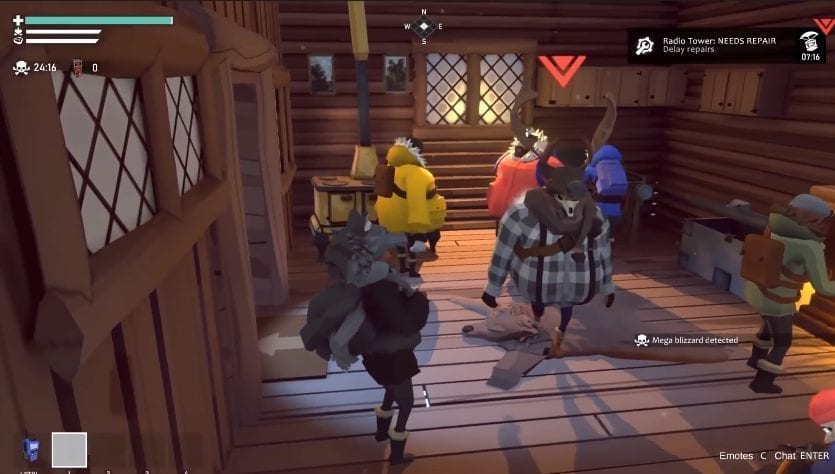 Some teammates can be trusted in Project Winter… but not all.

If you’re not with us, then you’re against us

One of the most enjoyable aspects of Project Winter is cooperation. This holds true for both the regular team and the betrayers. The game has multiple forms of communication, from proximal chatting to even using walkie-talkies. This allows teammates to piece together clues — or traitors to coordinate their diabolical plans. Knowing that two of your teammates are actively working to sabotage the survival of the group allows for a very thrilling survival experience. Instead of blindly following objectives laid out before you by the game, players must strategize. The normal team must collaborate, figure out who the traitors are, and identify them. Conversely, the traitors must lull their would-be rivals into a false sense of security. The road to victory is paved with lies, charm, and triangulation. 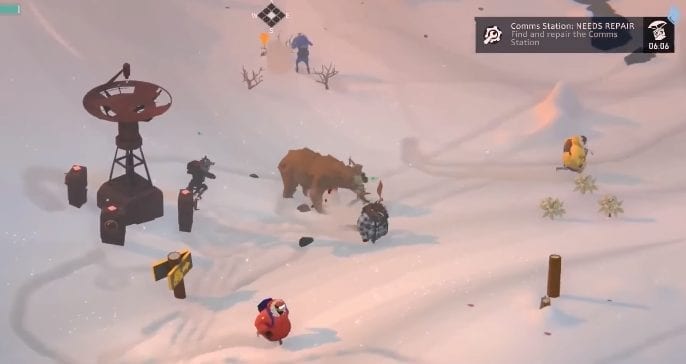 Working together against nature is the key to survival. Just don’t wander off alone for too long.

Fresh out of early access, the team from Other Ocean Interactive has already brought some interesting additions to the game. In addition to the aforementioned armory, this update comes with two new weapons: a tranquillizer gun and a crossbow. These are designated as stealth weapons, ideal for traitors to use against the team. The tranquillizer gun, when fired, can silence a teammate completely. This means that they’ll be rendered incapable of employing the various in-game chat methods. This can be a useful tool if one of the players knows too much and is about to expose the betrayers to the rest of the team. The update also fixes a multitude of game bugs and upgrades some of the animations and audio. Other Ocean is offering even more in the coming weeks, however. 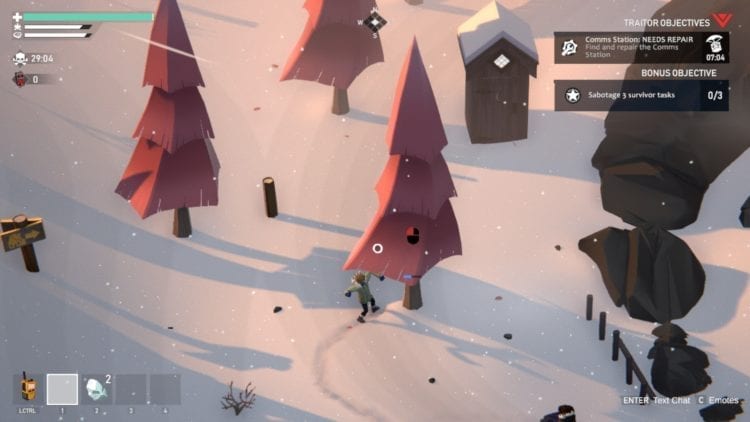 Other Ocean promises far more improvements to come alongside update 1.0.

What’s next for Project Winter

The developers have quite a lot in store for the treacherous survival game. For their next major update, they’re looking to upgrade to the newest version of the Unity engine. They’re also looking to add ragdoll physics and improve player statistics in-game. Another exciting upcoming feature is the concept of special roles. Each teammate will be assigned a random “class” that offers special skills to that player. This may add a new layer of strategy to the already scheme-laden gameplay in Project Winter. Other Ocean further plans on porting the game to consoles eventually and releasing an expansion focusing around supernatural themes. If all this weren’t enough, they’re also considering different game modes.

The future looks bright for Project Winter. Well, as bright as a bleak frozen wasteland can possibly be. It will be interesting to see how the team moves this ambitious title forward. One thing’s for certain — backstabbing your friends has never been more fun. Are you playing Project Winter? How are you liking it? Let us know.

By Greg Bargas59 mins ago
News