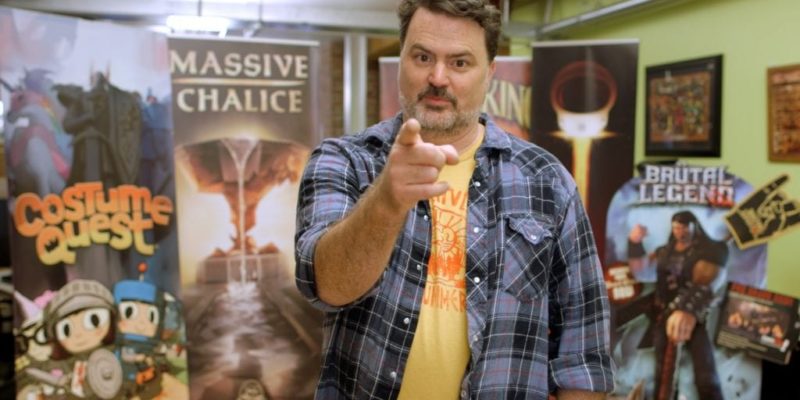 Psychonauts 2 has not been announced at The Game Awards, but a crowdfunding campaign for a potential Psychonauts 2 has. The original Double Fine team (or substantial amounts of them, anyway) are looking for a $3.3 million USD chunk of change to help it get made.

According to the pitch video (below), the general public won’t be footing the whole bill with that $3.3 million. Double Fine themselves will be putting in some cash, as will a mysterious “external partner” (Minecraft’s Notch once offered to help make a Psychonauts sequel, so I guess that could be him, but probably not).

The crowdfunding will be happening on the ‘Fig’ platform (Double Fine’s Tim Schafer is a co-founder of that venture, so that makes plenty of sense), and has a number of Kickstarter-esque rewards at the various pledge levels. $10 USD (the lowest level) will get you a digital PC code for the first Psychonauts (Win/OSX or Linux), while all the way at $10,000 you can get an actual camping trip with the Double Fine team (plus pretty much all other rewards).

Looking at the pitch video, a lot of the original crew are involved. Peter McConnell will do music, Peter Chan will be on art (two people who were also crucial to Grim Fandango); and the original Raz and Lili voice actors would be returning as well.

I have to go and watch more Game Awards nonsense now, but hey, this was a genuinely surprising announcement.