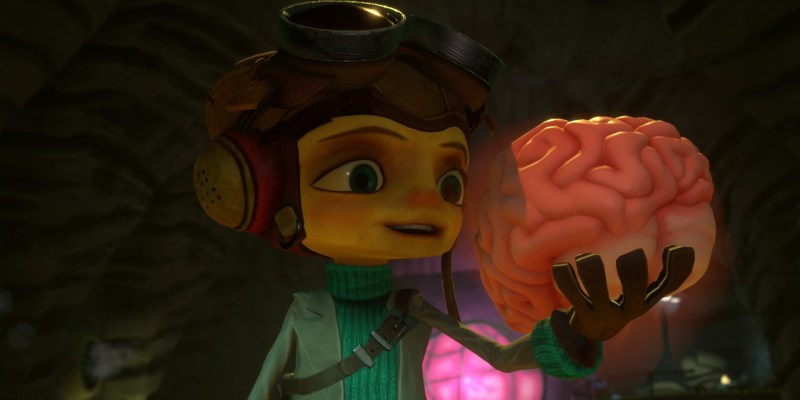 In Psychonauts 2, you’ll have to literally put Ford Cruller’s mind back together. But the game doesn’t necessarily hold your hand when it comes to how you’re meant to do this. The gist is that you have to go into two mind worlds and complete those, plus go into three separate smaller Ford levels, plus a last one. There are a few things to keep in mind that’ll speed up this process, though. First off, you’ll have to keep in mind where all three Fords are. There’s a Ford in the mailroom, one in the bowling alley, and another in the barbershop. Homeboy gets around, just as always.

To help Ford in the mailroom, you’ll need to get a brain in Nick’s body. This is the trickiest part, as Psychonauts 2 doesn’t have a big, flashing sign telling you where to get brains. Just go to Otto’s lab in the Quarry, which you can’t miss. In the back on the left, you’ll find a machine connected to a water tank. Walk up and interact with this and you’ll find your brains. Simply go through the list and choose unidentified brains. All of these have locks on them, save for the one on the bottom. Just press the interact button and Raz will be able to take this brain with him.

After that, return to Nick’s body in the mailroom and pop that sucker in. You’ll go into his mind after a cutscene. Once you finish that up, he’ll get the door to the mail supervisor room open and you can go into Ford’s mind. Now, you can go check on the barbershop in the Atrium. Ford will be cutting hair and you can go into his mind right away, no special prerequisites. I’m not sure why, but maybe something was cut during development? Who knows? 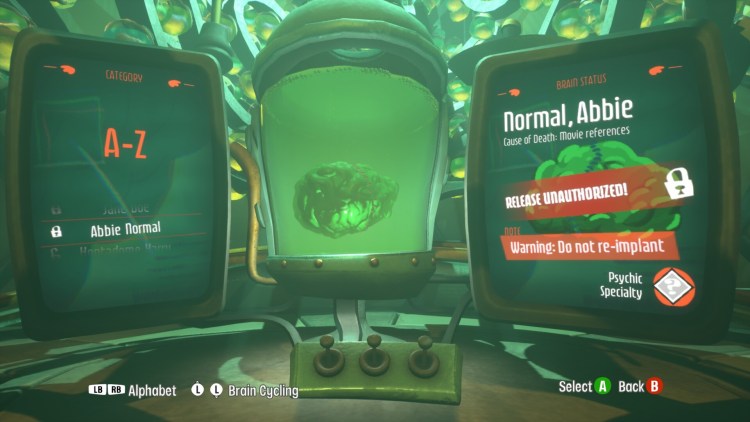 How to unshatter Ford’s mind in Psychonauts 2

Next up is getting into the bowling alley. You’ll want to head back to the Quarry and go to the Psychoisolation Chamber. No, it’s not quite like the one at camp. You’ll need to ride the elevator down and go see Compton Poole, who has another mind world ready for you, although you’ll need to track down some bees first. Head to the Questionable Area to the left of the Funicalars, just past where Raz’s dad is and there’s a section where you can go deeper into the forest. Bring bees back and Compton will let you into his mind and give you what you need. See, Ford will only let people in the bowling alley if they’re a member of the senior league, which Compton has a card for. If you help him out, he’ll give you his card and you can get into the bowling alley.

Once you’re in there, you know the drill. Another level awaits you. Once you finish that up, you’ll be able to put Ford’s mind back together and progress to the next section of the game, which also revolves around doing more levels to progress the plot. Obviously, it’s not easy to rebuild a man with a shattered psyche, so it makes sense that you’d have to go through so many steps to get the ball rolling. Pun very much intended on that one. You know, because of the bowling alley and the subsequent level. You’ll see, just watch out for that construction site. It can be a bit of a doozy. 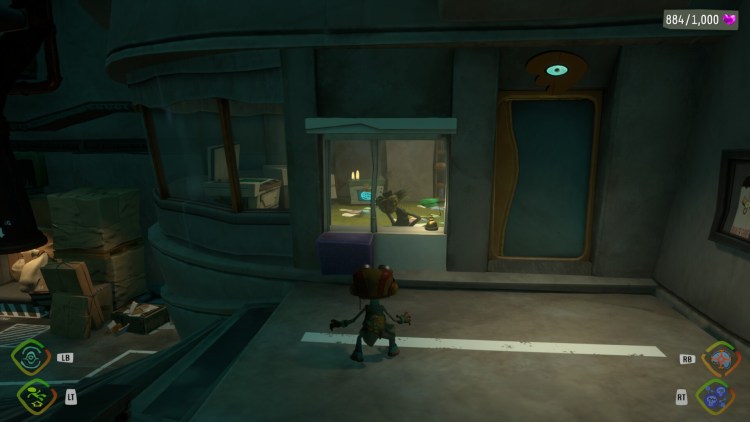 Psychonauts 2 boss guide: How to beat the Lucktopus

Psychonauts 2 — Quick tips to get you started