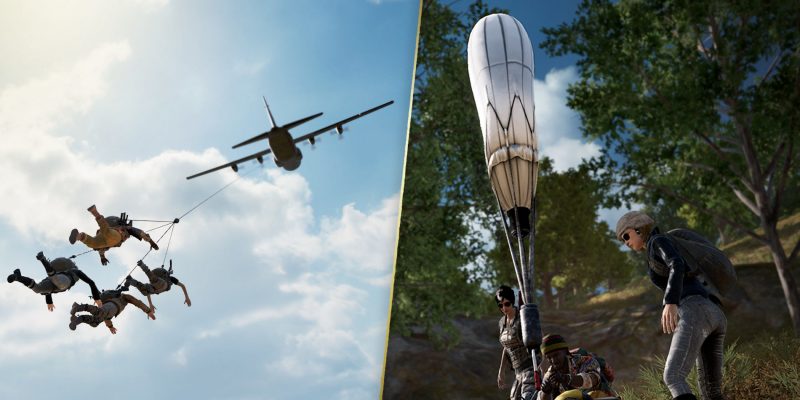 Fans of PUBG are getting exactly what they want and more with the game’s upcoming update. Besides the typical slight balance changes made to weapons, a beloved map is making its return. This update will bring Paramo back into the PUBG mix. However, an entirely new item is also making its way into the game, one that you may know from Metal Gear Solid V: The Phantom Pain. No, not rocket fists. Instead, the game is getting Fulton balloons, and while you won’t be recovering sheep and materials with them, you can use the high-grade balloons to save your skin.

The standout this season is the return of Paramo, the small-sized map with random elements. According to patch notes, this map made it back due to player feedback. It can now be played in solos, duos, or squads in both first person or third person perspectives. The map is also changing up a bit with the addition of one more randomized location. Likewise, item spawns in secret rooms and the spawn rate of supply helicopters are being raised.

Developer Kratfon is also adding a way for players to avoid one of the most aggravating situations in PUBG. If you’ve ever gone down right outside of the safe zone, the Fulton balloons coming to PUBG in this update are for you. These hefty packages deploy a massive balloon that can hoist up to four players into the air. A minute later, a plane will come by to pick up any players attached. From there, they can parachute back down into the safe zone. Of course, it’s not exactly inconspicuous, so expect other players to see what you’re doing.

There are some special conditions that apply to the balloons coming in this update for PUBG. First off, you obviously can’t use them inside. However, you also can’t use them on trains or ferries. They also don’t work before the first circle or after the fourth. Fulton Balloons can be found on Erangel, Miramar, Sanhok, and Vikendi.