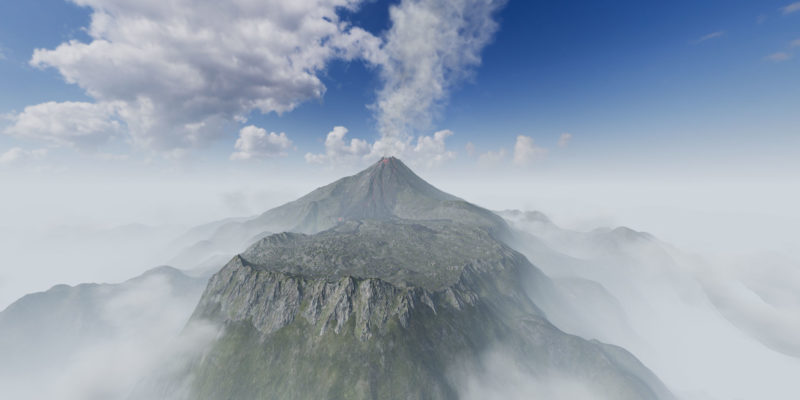 Paramo has arrived with PUBG season 9 on PC, including a new small-scale map intended to add lots of variety. The new launch trailer, released today by PUBG Corp, showcases the map’s features and more. Paramo looks like a solid addition to the existing map roster, even if it’s only a small, 3×3 size affair.

Paramo is set on an active volcano, somewhere in South America. The unique twist with this new PUBG map is that there are multiple versions of it, each with environmental differences. Some make the area look deadly, smoldering with hot volcanic lava, where other variations make Paramo look like paradise. The gameplay will be mixed up too, as each different version has a slightly altered layout to provide new combat options.

There are changes coming outside of Paramo too. A new survivor pass will be introduced with season 9, and it’ll be shorter than usual. Season 9 of PUBG will last two months, and the survivor pass will contain 50 tiers to reflect the shorter season. The pass also contains G-coin, a new currency making its way over from the console versions of PUBG.

G-coin is like most other in-game currencies, akin to Fortnite’s V-bucks and Warzone’s Call of Duty points. While in theory it simply provides a way to stock up on PUBG cash to buy items, it does have some other benefits for players. Like other battle passes, PUBG’s season 9 survivor pass will periodically grant players with G-coin. This means that over time, you’ll be able to chose some of the rewards you get by working through the survivor pass.

Finally, there’s a new ranked feature coming to PUBG in this latest season. Ranked solo play will now be an option, enabling lone wolf players to climb up the ranked leaderboards.

All of the season 9 changes, including new map Paramo, are now live for PUBG on PC.