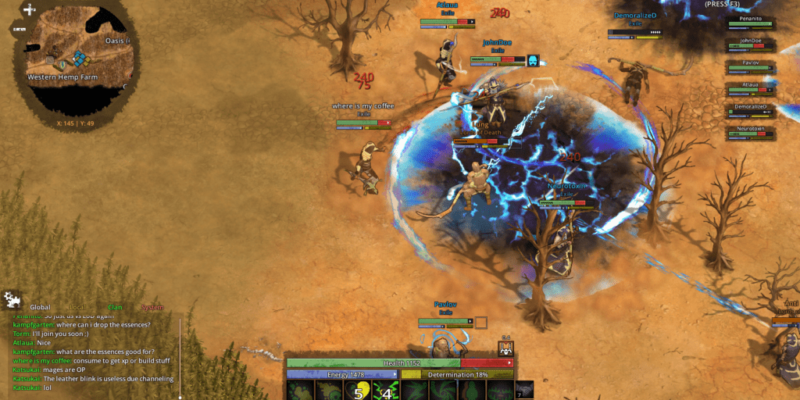 We’ve been meaning to push you in the direction of the Das Tal Kickstarter for a few days but our recent move has meant we’ve fallen a little behind. Still, better late than never because the PvP Sandbox MMORPG is heading into the final hours of its Kickstarter.

Dal Tal is a described as a sandbox MMORPG meets Arena PvP while also looking like an typical ARPG. The game is being created by Fairytale Distillery who wanted to develop an open PvP world without the grind and no pay to win but it’s also been designed around “the busy life of an adult gamer”.

Das Tal has been created with a pure focus on PvP with open PvP gameplay and “full loot”, in other words you should really try to stay alive because there’s real risk involved.

While PvP isn’t for everyone, Das Tal looks like an interesting concept and you can read all about the game features on the Kickstarter page. The team are looking to hit a reasonable €50,000 goal to push development forward. Here’s quick excerpt from their pitch.

We will throw you into a dark fantasy prison valley. You start each game with nothing but your wits and your PvP skills. Over the course of weeks and months you will explore this world,grow stronger and learn to survive.

Hundreds of players will join you in the valley. Amongst them you will find friends and allies to form a clan. Start building your own settlement and empire whilst competing with rival clans

If you’re still not convinced then you can actually try an alpha version of the game out right now for a limited time.