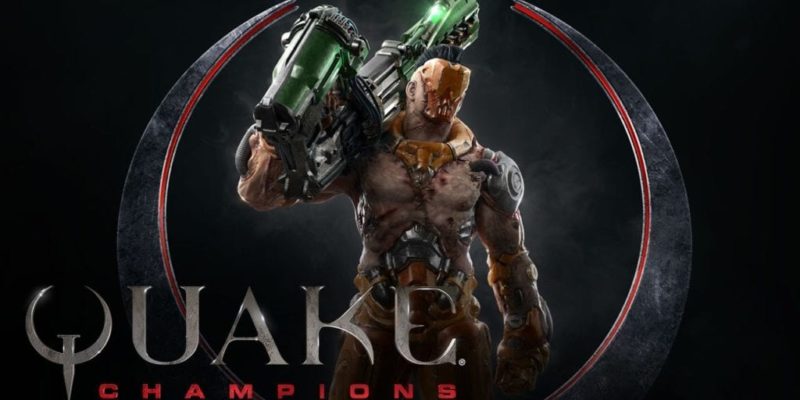 With the Quake Champions tech test starting on Friday 12 May, Bethesda has teased another Champion, the cybernetic clone called Visor.

Returning from Quake 3 Arena, his strange mutilated body is the result of Moscow’s GRU trying to create a super soldier. His visor is apparently filled with putrefied blood which gives him his Piercing Sight active ability which allows him to see through matter. His passive ability grants him unlimited speed.

In related news, Bethesda will be holding the first eSports tournament for Quake Champions at QuakeCon between 24-27 August with a Duel and 4v4 tournament planned. They are encouraging anyone wanting to take part to use this tech test weekend to test strategies ahead of qualifiers in June. To take part in the test this weekend, head to the official site and sign-up.

Active Ability – Piercing Sight: You can’t hide from Visor. Using his Piercing Sight Active Ability, Visor can briefly see through all matter, glimpsing foes as outlines running behind walls. You might think you’re sneaking up on Visor, but he’s probably waiting for you with a tasty Rail Gun gift. Твоё здоровье!

Passive Ability – Grasshopper: Speed kills. Are you sick of all those psychotic Anarkis hoverboarding around the Arenas, turning it “up to eleven” all over your face? Visor’s Passive evens the playing field. Grasshopper allows Visor to continually gain speed when strafe-jumping – with no cap. Skilled players will be able to keep up with anyone, even that drug-addled freak.