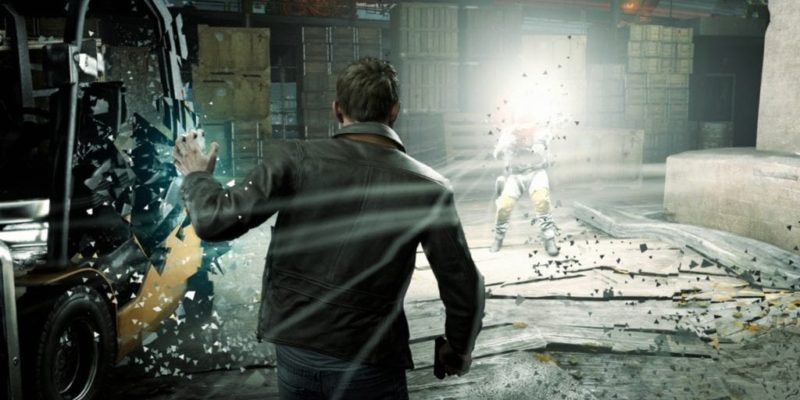 No longer trapped in the wastelands of the Windows 10 store (and, hopefully, free of the UWP format), Quantum Break will be getting a Steam release on 14 September. Remedy’s title did not have a good launch on PC; the victim of UWP problems and (it is generally assumed) an overly tight porting deadline.

This second chance may go better, and (if, as expected the Steam version is Win32-based) may provide a very useful comparative test case between UWP-based ports and traditional Win32 efforts. According to a tweet from Remedy’s Thomas Puha, this version of Quantum Break uses DirectX 11 (and can therefore run on operating systems other than Windows 10). “We have worked on this release for a while. We got a lot more experience in shipping DX11 titles,” he says.

He adds in another tweet that people “don’t have to read too much into why [Quantum Break] is releasing on Steam … tons of gamers there, you wanted it there”. Here’s the relevant Steam page.

It also sounds like the game is getting an across the board price-drop on PC. As of today it’s $40.00 USD on the Windows Store, and a newly announced Quantum Break: Timeless Collector’s Edition retail PC edition is going to be $40 as well (and 40 Euros, sorry Europe). That retail edition is being co-handled by Nordic Games and comes with a Steam key. It also contains the following:

GWENT closed beta has been delayed