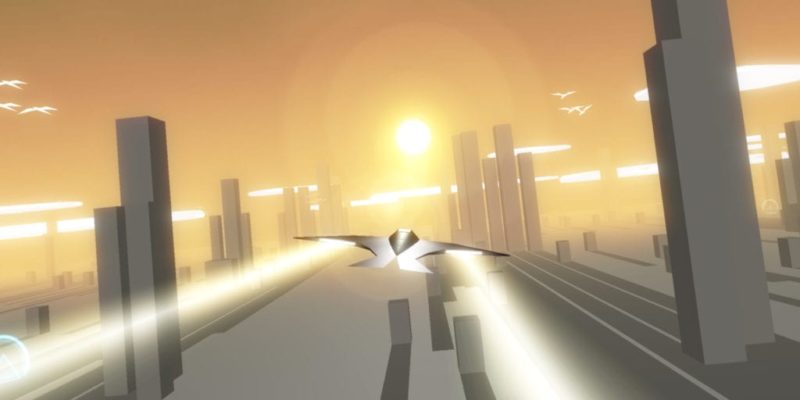 In what may be an extended deal-based metaphor for its own sun-setting gameplay,Race The Sun is free to grab on Steam until the end of the day. “The end of the day” could mean a lot of things, but it’s probably 10am Pacific on 31 July.

The way to avoid all doubts, of course, is to just download it now so it’s all safe and warm in your Steam library. It’s one of those ‘if you get it, it’s yours for good’ type deals (not just a ‘play it for 24 hours’ thing,) so once you’ve got it installed Race The Sun should be there until … well, the sun explodes, or something.

The game puts you in a solar-powered craft on a planet where, unfortunately, the sun appears to be setting. Since you didn’t pack a battery, you need to collect certain power-ups to keep the sun in the sky and maintain your airbourne state.

It’s an arcade, score-attack kind of thing, so fast speeds, an infinite set of procedural worlds and an unlockable “ultra-hard” mode are all part of the package.

That Race The Sun link again, in case you missed it, is here.