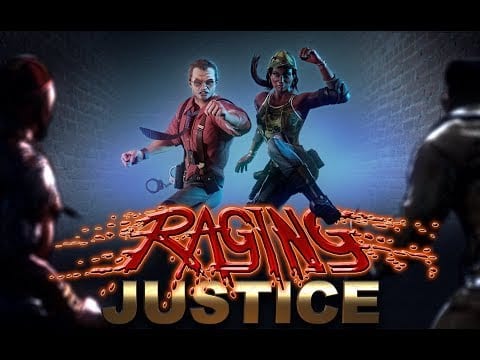 Developer MakinGames fired  Raging Justice onto Steam Greenlight back in 2015 and it’s now confirmed to release this year.

With the streets of Big Smoke City crammed with gangs, justice needs to be served. It’s now up to Rick Justice, a damn good cop, and Nikki Rage, an ex-military combatant, to put the thugs in their place with some classic brawler action. Expect to find all kinds of deadly weapons and even vehicles such as lawnmowers to crush the bad guys. The question is, do you annihilate or arrest the thugs? Your actions will affect how the game ends.

Fans of the classic Streets of Rage or even Double Dragon should appreciate this one with its HD graphics and surround sound. Having two main protagonists means there’s co-op play too which is great news.

EA hated more than the Weinstein Company and the Trump Organisation