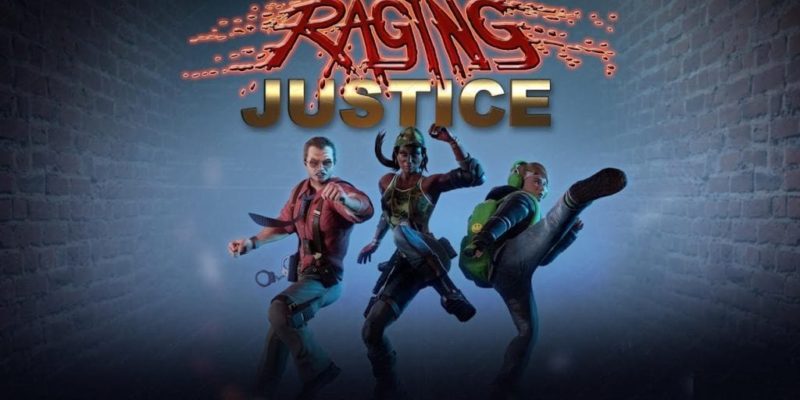 MakinGames’ Raging Justice has now been given a release date and Rick Justice and Nikki Rage will soon be springing into action.

Fans of the classics such as Streets of Rage or even Double Dragon should appreciate this one when it releases on 8 May with its street-fighting action and co-op gameplay. Also announced today is a third character, Angel King. Teenager Angel has developed a fast and furious fighting style influenced by action movie heroes so she’s more than just a kid, she packs a real punch.

“We realised that Raging Justice needed a third playable character and we wanted someone who would fit the style of the game yet give a very different feel when playing.” Said Nic Makin, lead programmer of MakinGames. Jay Howse, lead artist, added “We chose a teenager because I wanted something different to the usual ‘veteran cop/ex-military’ type. I wanted more of a fish out of water type character, someone who might have ended up in the situation by accident but still manages to hold their own and kick some serious arse!”

A new trailer revealing Angel can be seen below and you have to love that tractor riding bear.