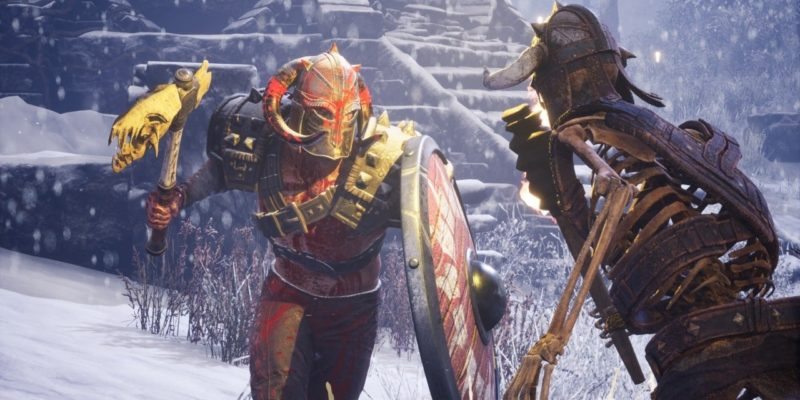 As we reported on back in December of last year, Ragnarok Game filed a lawsuit against the original developer of Rune 2, Human Head Studios. Its claim was that the studio abandoned the project on launch and then refused to provide the source code and assets for the game to let another developer finish it. Well, that lawsuit was amended today to point at even more parties that were allegedly involved in Rune 2‘s downfall.

As of today, the lawsuit now includes Bethesda Softworks and its parent company, ZeniMax Media. Bethesda announced in November 2019, on the day that Human Head closed its doors, that the entire Human Head staff had been rehired and converted to a new company, Roundhouse Studios. Human Head also claimed that before it became Roundhouse Studios, it had reached out to Bethesda in regards to closing the company.

However, this lawsuit now states that Bethesda was involved in the conspiracy to sabotage Rune 2‘s development, as well as another project called Oblivion Song, as far back as Summer 2019. The lawsuit goes on to claim that Human Head broke confidentiality agreements to provide Bethesda and ZeniMax with access to an early build of the game. They claim this was done to show the company how much of a threat Rune 2 was to one of Bethesda’s biggest franchises, The Elder Scrolls.

It’s all fun and games until the lawyers arrive

The lawsuit goes on to say that, once this happened, ZeniMax took control of all of Human Head’s assets and employees on November 4, 2019. The team was then ordered to stop development on Rune 2, and rehired under the new Roundhouse Studios brand. This resulted in all of Human Head’s assets for Rune 2, including equipment with source code and game assets, moving into the possession of ZeniMax and Bethesda. The Ragnarok Game lawsuit seeks to recoup damages in the amount of “no less than 100 million dollars,” as well as restitution for development costs, damages, attorney’s fees, etc. It’s all standard stuff for lawsuits like this.

In the midst of all this, you might be wondering what happened to Rune 2. Well, as you can see from the above trailer, a different studio picked up development of the project. Studio 369 will release it under the new title Rune 2: Decapitation Edition. The game releases on November 13 and contains a new combat system amidst a plethora of other upgrades. You can wishlist the game on Steam and find out soon enough if Bethesda really was quaking in its boots.