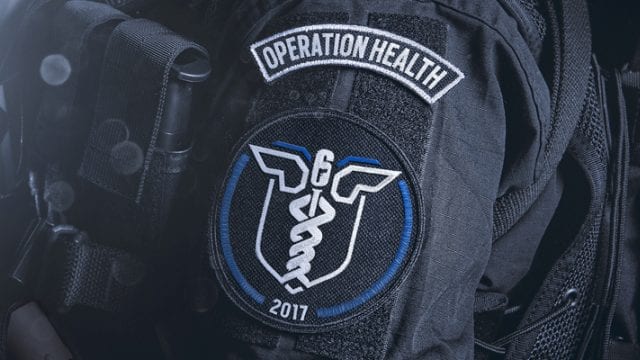 Ubisoft are rearranging the schedule for Year Two of Rainbow Six Siege in order to squeeze in server improvements and other fixes. Dubbed ‘Operation Health‘, this initiative will push back some of the proposed Season Two inclusions to a later date.

What’s lost in the short term will, Ubisoft hope, be worth it for the long term improvements. Their stated intent behind Operation Health is “fixing several issues and investing in better technology to make sure we keep growing strong in the upcoming years.”

To that end, they’ll be investing in faster servers (higher tick rate, improved hit registration), one step matchmaking, and an on/off switch system allowing additions to quickly be rolled back in an emergency. You can see the full set of planned features in the first image below (click for larger version).

With Operation Health now occupying ‘Season Two’ of the second year of Rainbow Six Siege, other things need to be delayed. Again, there’s an image detailing the new timeline below.

In summary, Hong Kong will now be released in August as Season Three, and South Korea is now planned for November in Season Four. Poland are now a nation without a dedicated season, but their GROM Operators will be appearing across both three and four. There will, though, be a reduction in the number of new free maps coming during Year Two. The map total will now be three (and that includes the already released Spain; so two more). 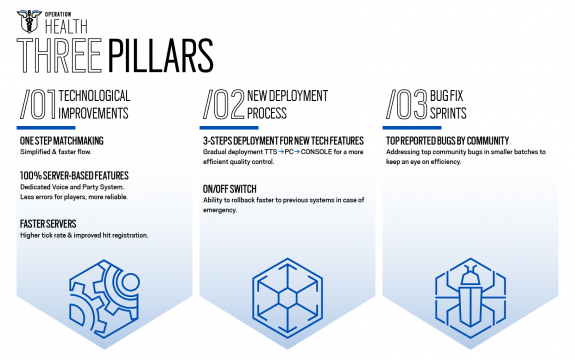 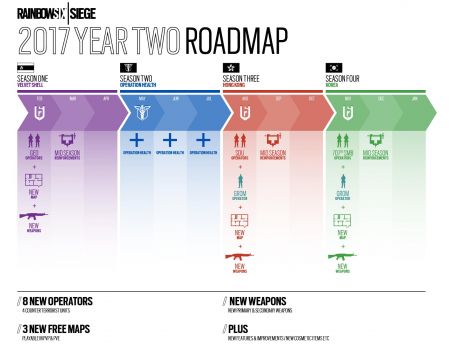