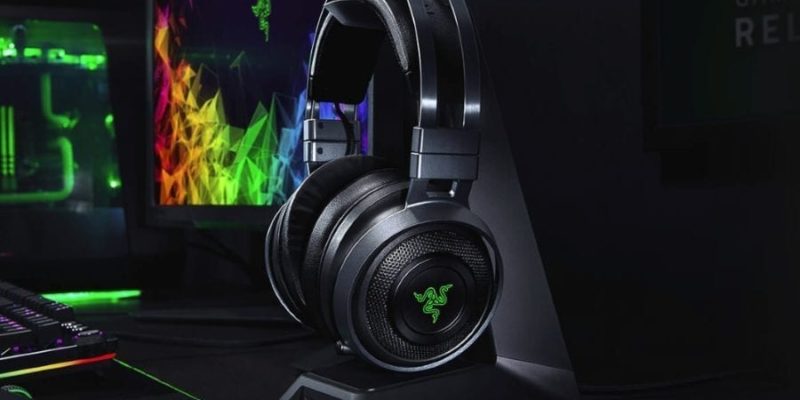 Razer is continuing its trend of announcing new PC accessories out of the blue. The most recent of those was the Razer Ifrit, a slimmed down headset for streamers and shoutcasters. The company today unveiled yet another headset, the Razer Nari, this time with a focus on immersion.

Lofelt is a German engineering firm that specializes in immersive technology. The company has attempted to go the Kickstarter route for previous products, such as the Basslet, a bracelet described as a portable “subwoofer for your body.”

However, the company has a history in technology that produces haptic feedback for a more immersive experience. Through the partnership, both companies co-developed Razer HyperSense in the effort to create better-realized spatial awareness. Razer’s HyperSense also boasts uses outside of gaming, being noticeable when listening to music or watching movies.

The Razer Nari will come in a few flavors. There are three models: the Razer Nari Ultimate, Nari, and Nari Essential. The Nari Ultimate will retail for $199.99 and includes an auto-adjusting headband, swivel earcups, and “cooling gel ear cushions.” It is powered by the Razer HyperSense technology.

The standard Nari will include similar features but exclude the use of the HyperSense technology. It will retail at $149.99. Lastly, the Nari Essential is available for $99.99, is wireless, auto-adjusting headband, the ear cups, and includes the THX Spatial Audio feature.

The standard version of the Razer Nari launches today and is available on the RazerStore. However, if you’re planning on getting the Ultimate, you’ll have to wait until some time in Q4 of 2018. No firm release date has been announced at this time.