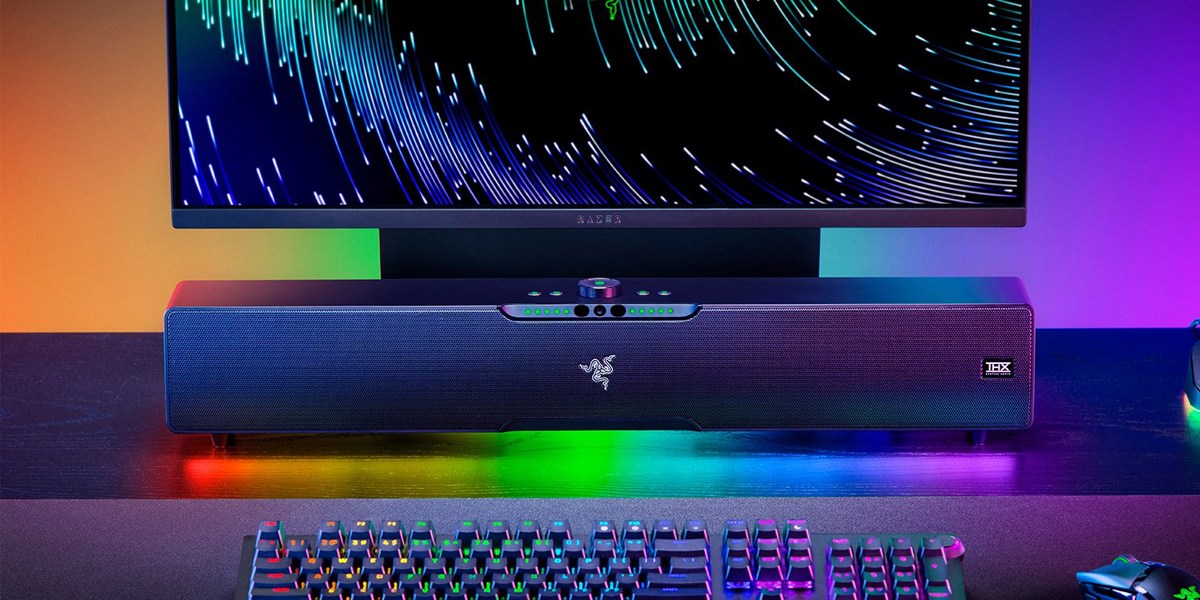 The shift toward using soundbars in gaming setups has grown more popular recently. But sometimes a pair of decent speakers is simply a better option. After all, soundbars direct sound straight ahead of them, meaning you’d need to sit in front of it properly to get the best sound quality. It’s not the best for someone who likes to move around a lot at their desk. But Razer’s new soundbar, the Leviathan V2 Pro, might be a solution.

Razer’s upcoming soundbar uses AI to track head movements and redirect audio to wherever you are. This would essentially alleviate the core issue of using a soundbar at a desk. Razer is throwing around a lot of phrases like “immersive 3D audio” and “true-to-life 3D sound,” which is certainly intriguing. What makes the Leviathan V2 Pro more interesting in this regard is its multiple modes. There’s the virtual headset mode which is “Ideal for games and content with a binaural audio source.” And then there’s the virtual speakers mode which is suited for multi-channel audio.

Alongside solving a key issue with soundbars, Razer is going all in with making it as immersive as possible. Inside it has five 2-inch drivers and a 5.25-inch down-firing subwoofer. It’s also got a 3.5mm headphone jack and a USB-C audio input. Plus you can connect any device to it via Bluetooth. However, you’re probably going to need a lot of desk space. Its dimensions come out to 600mm x 113.7mm x 90.1mm, so you’d need plenty of room beneath your monitor. The size isn’t really a shock with the kind of technology they’ve got running in there, though. And to top it off it obviously has RGB lighting. This is a Razer soundbar, after all. The Razer Leviathan V2 Pro soundbar is set to release sometime in February 2023. As the month gets closer, we’ll likely get a more exact date. As far as price goes it’s unsurprisingly going to be pretty expensive. The Leviathan V2 Pro will cost $399.99 USD at launch. Good quality soundbars can cost a lot more than what Razer’s asking for. But we’ll need to wait and see if this soundbar is as good as it sounds on paper.

By Matt Henzel7 mins ago
News