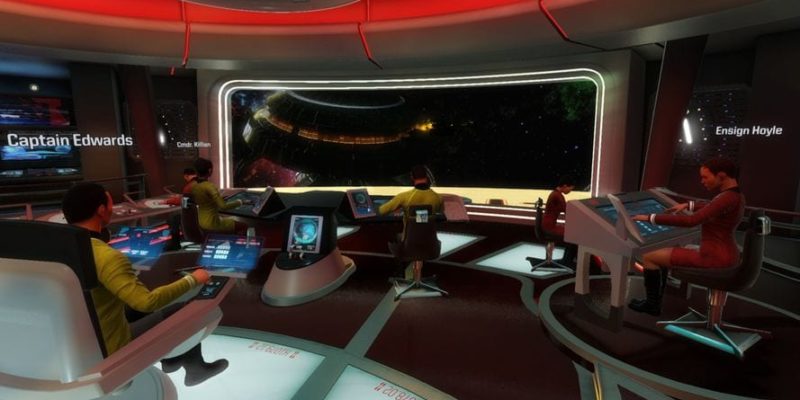 UbiSoft has quite a few VR titles in the works and today they revealed the released dates for Eagle Flight, Star Trek: Bridge Crew and Werewolves Within.

Eagle Flight will take players on a journey through the city of Paris which promises “true sensation and exhilaration of flight” and comes with a “Capture the Prey” multiplayer mode. It’s coming out on 18 October.

Star Trek Bridge Crew is probably the most interesting of Ubi’s upcoming VR releases as players will have to coordinate on the bridge of a Starfleet vessel.  Expect some serious roleplaying for this one. It’s due for release on 29 November.

Finally, Werewolves Within takes players to the village of Gallowston in a game of social deduction where up to eight players will have to figure out who could be a werewolf. It’s coming out on 6 December.

All three titles are coming to the HTC Vive and the Oculus Rift so there’s no silly exclusivity.