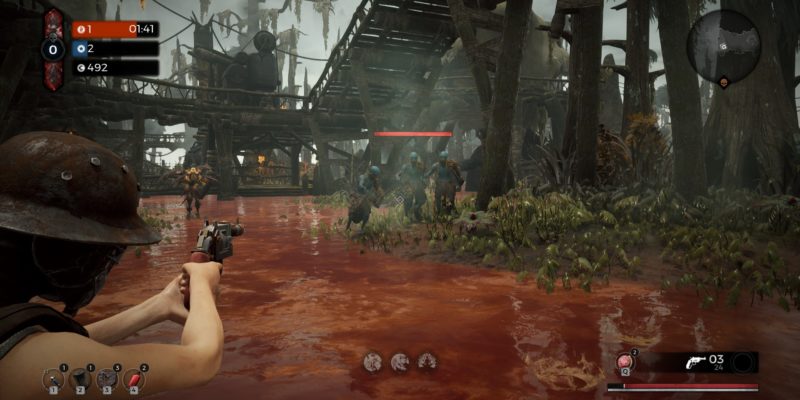 It’s no surprise that a game like Remnant: From the Ashes would get DLC. Its unique and entertaining take on the Souls-like subgenre is ripe for extra areas and content. As its forebears got DLC, so too has Remnant. Swamps of Corsus releases today and not only expands one of the base game’s areas and adds a lot of new stuff, but also includes an entirely new mode that is sure to give fans extra mileage out of the game. So the question stands: is it worth it?

As fans are no doubt aware, the base game doesn’t give players the option to experience Corsus in Adventure Mode. With Swamps of Corsus, that changes. As soon as you install the DLC, you can jump straight into a re-roll of the area and check out the differences. And they’re fairly substantial. Some of these new things show up in the campaign version of Corsus, but you’ll need to go into Adventure Mode to see them all.

New bosses show up in both with their own dungeons and mod rewards, as well as additional quests. You can unlock a lot more of the rewards via the Swamps of Corsus Adventure Mode content, though — these include new traits, gear, and weapons. Players can also now find Glowing Fragments in the game that can be used to purchase DLC-exclusive skins. The update also brings a host of changes to the base game that will be free for people who don’t even own the DLC. All of that is probably enough to justify the purchase price, but Gunfire has gone a step beyond with the DLC’s other major addition. 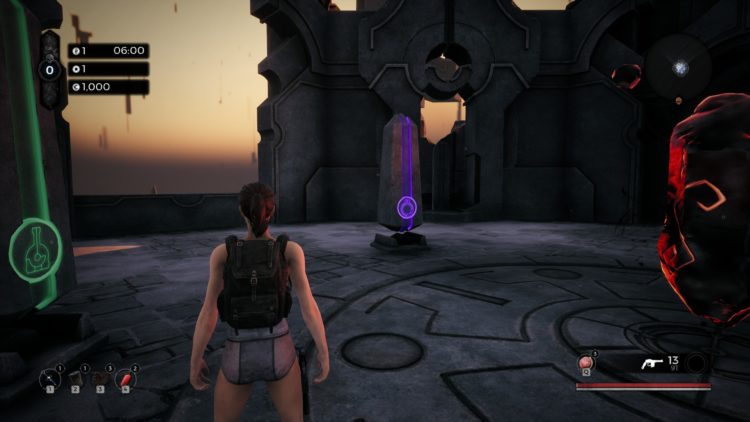 The new mode that Swamps of Corsus adds is called Survival Mode. While that sounds like you’re simply trying to survive waves of enemies a la most horde game types, it’s a rogue-lite mode instead. You simply select Survival Mode from any travel location and you’ll find yourself transported to a small area with several glyphs. When you arrive, you have nothing on you but a default pistol and 1,000 scrap. You then use that scrap to purchase equipment. In my case, I always opted for two new weapons and a piece of armor, as 1,000 scrap doesn’t buy you much.

You can also purchase mods and other wearable pieces of equipment before transporting yourself to an unknown location where things get started. You’ll get taken to an area that’s been randomly put together from existing areas, where you then fight your way to the exit. The general flow is two levels followed by a boss fight. If you survive, you get to go back to the starting area which will allow you to purchase more equipment. It’s standard rogue-lite fare, but it works very well with Remnant.

Your character, naturally, starts at level 1 and gets new traits upon leveling. The major wrinkle is that Swamps of Corsus‘ Survival Mode borrows a facet of Risk of Rain with a timer that continuously counts down. When it reaches zero, the enemies get stronger, which emphasizes that you need to keep moving. On lower difficulties, time doesn’t pass in the safe area where you buy gear, but on higher ones, it ticks down regardless. Swamps of Corsus has a very substantial amount of content for $10. Between the expanded Corsus with its new bosses, dungeons, and equipment and the excellent Survival Mode, it’s definitely worth it for anyone who wants more to do in the game. The Survival Mode alone will likely be a go-to for future co-op sessions and is a ton of fun and a great rogue-lite in its own right. SnowRunner — Quick tips to get you started

SnowRunner — How to get a good truck early on