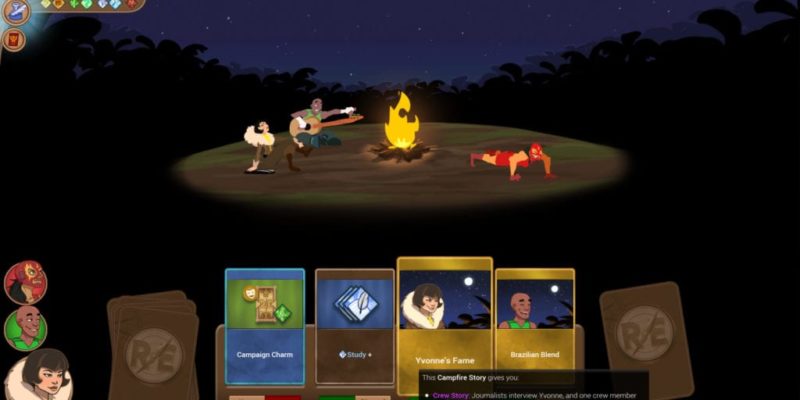 Rather brilliant roguelike-like-lite explore-’em-up Renowned Explorers: International Society has received an expansion in the form of More To Explore.

More To Explore will cost you about £5.26 (discounted to £4.76 for launch) and adds in a few new mechanics that’ll hopefully refresh the game for those of you who’ve already topped the explorer leaderboards. There are two new expeditions – the Andean Adventure and the Lost Island, the latter of which is an end-game expedition focusing on the Anti-Explorers – as well as a Campfire feature that lets you create stories between your explorers and change up your strategy, and a Treasure Bonus Choice which lets you pick from a selection of semi-random bonuses each time you find a treasure.

We haven’t talked much about Renowned Explorers here, which is a bit sad because it’s great, but such is the problem with having a billion things to do at any given time. In any case, I’ll be picking up this expansion and hopefully dicking around with it a bit in the coming days. That’s unlikely to translate into an article, but if you also feel that it could offer up some new and interesting stuff, you can pick it up on Steam now.