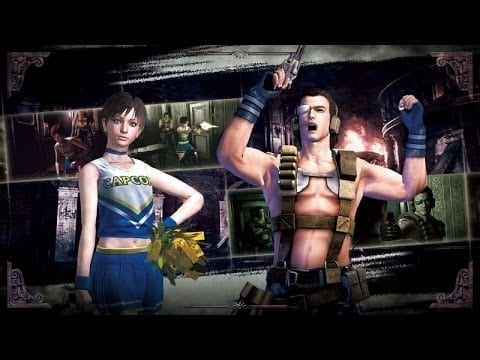 During E3 2015, I was excited to hear that Resident Evil 0 was going to be getting an HD facelift. I had reminisced about playing it on the Nintendo GameCube, and was actually able to provide some early impressions straight from the show floor.  Although this was an early build, and shown on the PlayStation 4, I couldn’t help but get excited for the announcement that it was going under the knife. Today, Capcom confirmed that the launch date for the game was going to hit across all platforms on January 19, 2016.

This remastered version of the popular prequel to the original Resident Evil game takes the fear-inducing atmosphere from the original 2002 release and transforms it with stunning new HD visuals, improved sound, widescreen support, an optional modernized control system and more.-Resident Evil 0 Press Release

The news also brings with it pre-order bonuses. When you do the digital pre-order, you’ll get Billy’s dressed in a WolfForce costumer, and Rebecca sporting a Capcom themed cheerleader’s outfit. She will alternately have a regular t-shirt as well. You can get pre-order the game on Steam as of right now and is available for $19.99.