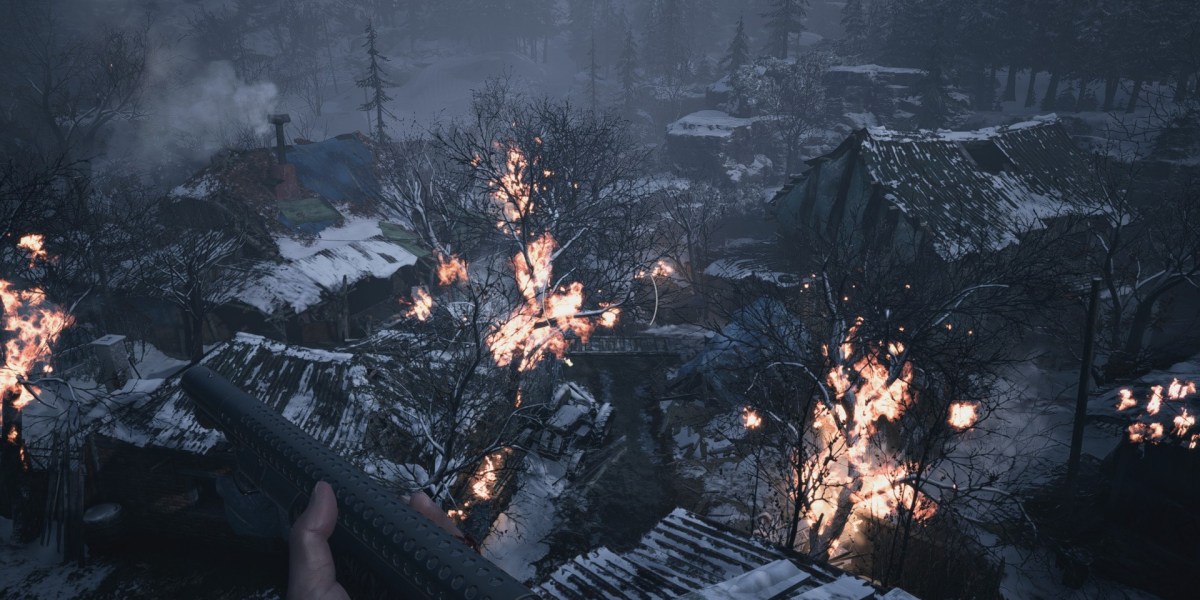 It’s easy to be skeptical of Resident Evil games. Resident Evil 4 was a massive change for the series, shifting things from survival horror to action horror. However, this signaled to Capcom that the series should be focused on broad action appeal in the future. This, of course, backfired horribly. Resident Evil 7 made a concerted effort to return to series roots, and I was worried that Resident Evil Village would break from that. It does. In some ways, the game is most like Resident Evil 6, but in a good way. And not in a “we changed the gameplay so much that it’s no longer a thing you love” way.

Do you remember how RE 6 had a collection of different gameplay styles that added a lot of variety? Resident Evil Village does the same thing, albeit while utilizing series components within the general structure of  RE 7. I’m not sure if I’d say I like Village more than the last entry, but I’m awfully fond of it regardless. For starters, Ethan is back. I doubt most fans care much about that either way. Ethan didn’t have much of a personality in RE 7, and he still doesn’t have much of one now. Granted, he talks more and exhibits more emotion, but he’s also a fucking idiot. That being said, the story is actually pretty good, following up on a lot of cues from the last game.

Sometimes the callbacks can feel a little forced, and the way Resident Evil Village can scream about its importance to series lore can feel ham-fisted and a bit unnecessary. The plot concerns Ethan’s baby getting kidnapped by a cult run by Mother Miranda: an extremely old being that has control over a village in Europe. A village where all the inhabitants have American accents. Weird. Miranda has four underlings, and it’s up to Ethan to fight through them to get his baby back. I usually hate “my baby got kidnapped” as a trope, but I liked what Capcom did with it here. 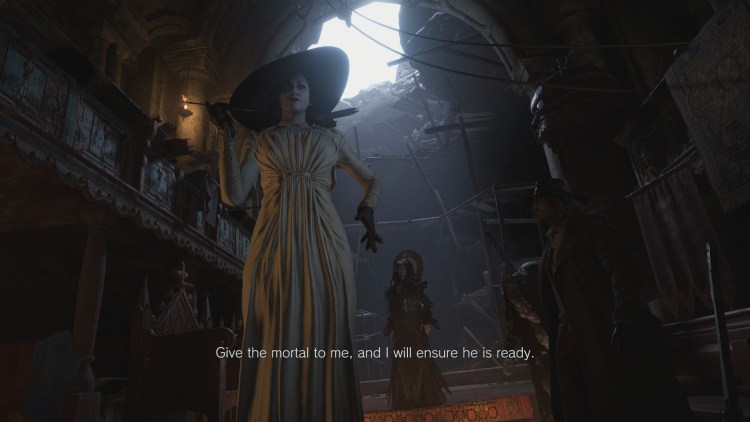 I’ve seen a lot of “it’s a lot like Resident Evil 4” going around and, yeah, sort of. The combat is like a mixture between RE 7 and RE 4. Village is an action game, but it’s a more grounded one. The insanely hectic, anxiety-inducing battles that RE 4 was built around aren’t what Resident Evil Village focuses on. They show up occasionally, but honestly, it varies from section to section. Each of Miranda’s underlings has their own separate area, and the gameplay style can vary between these.  One of them is your typical Resident Evil affair, filled with key hunting and puzzle solving. Another section plays like an indie horror game, with no combat or resource gathering at all. Yes, there’s an RE 4 section, and it’s probably the toughest part of the game.

There’s a little something for everybody in Resident Evil Village. I’m happy about this, but also a little disappointed. Truthfully, I love the classic style gameplay, and I wanted more of the RE 7 formula in Village. While it is here, I didn’t get my fill. But I did enjoy myself greatly most of the time. This is undeniably a well-designed game, and there are plenty of surprises in store. You’ll often return to the titular village itself. New pathways open up, and you can find new things by returning with new items.

For instance, you get a well wheel that can be used to retrieve a bucket from the bottoms of wells, which are scattered around the village. Most things like this are marked on your map, so they can be hard to miss. Treasures make a return from RE 4, both dropped by enemies and found in various forms. Some can be combined into ultra-valuable items. You’ll also find money all over the place, which is used to buy items from the game’s merchant, Duke. He buys and sells, plus he upgrades weapons. He’ll even cook for you. You’ll need to kill animals for meat to get that. Yes, there’s hunting. They don’t respawn, though, and fish are, surprisingly, the hardest to come across. Duke’s dishes permanently improve some of Ethan’s capabilities. 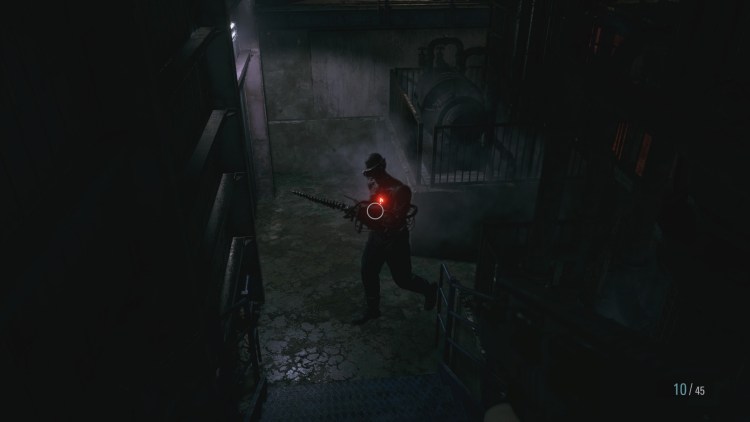 On the normal difficulty, you don’t necessarily need to worry about these upgrades, though. Resident Evil Village is fairly easy on normal for most of the game. I think I got hit once each during the first two major boss fights. Ethan has a lot more health this time. In the last game, he could typically take just a few hits from enemies. Here, you can take a couple of hits and have your health stay green. Once it hits the RE 4-esque part, though, there is a difficulty spike. I ran out of handgun and shotgun ammo if you can believe it. The boss of this section also kicked my ass up and down the block.

Resident Evil 7 threw supplies at you like the herb and chem fluid stores were going out of business. Resident Evil Village gives you enough to survive, but there’s pressure to make your shots count. Although I barely used the sniper rifle, which would have made things much less dubious. Surprisingly, there just aren’t that many herbs. The game doesn’t give you healing items much at all, but you don’t need them that often on normal and perhaps the game gives you more if you’re struggling. I liked the pressure that came with resource management here. I did kill almost everything that moved though, even if I did avoid foes every now and again.

There’s a lot of fighting, yes, but not nearly as much as in RE 4. There’s a greater enemy variety than in RE 7, mind, even if almost all of the enemies are humanoid — no spiders, no dogs, no licker-esque monstrosities. The combat is great, regardless. It’s set again in first-person view, but with more of RE 4 mixed in. I didn’t even mind too much when a section towards the end of the game practically turned into a run-and-gun killfest, because it still had enough of “holding out against waves” in it to still feel like Resident Evil. The inventory system from RE 4 also makes a comeback, so you can pick up damn near everything you come across as long as you purchase storage upgrades. 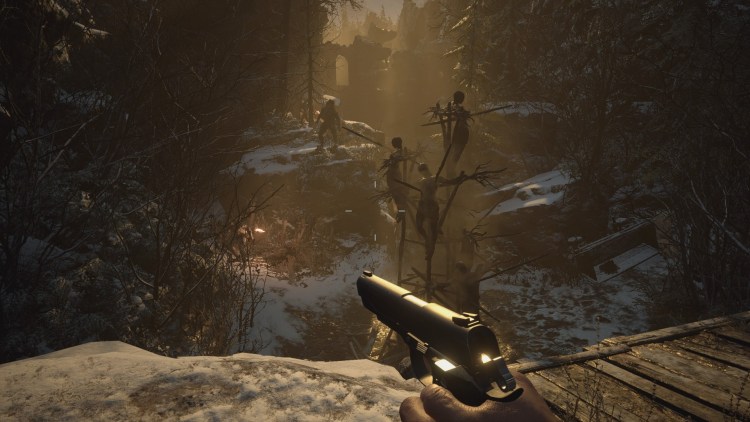 To catch a fish, so juicy sweet

Resident Evil Village is about as long as its predecessor. It took me 10 hours, but there’s a fair amount of optional side stuff that I did, which wasn’t really in the last game. My actual playtime felt a good deal higher, though. I think the game just pauses the timer for all sorts of things. Once you beat the game, you unlock a points shop. The points are acquired by completing challenges, which you can set out to do on subsequent playthroughs. The Mercenaries game mode is included, and it’s pretty much what it should be.

Resident Evil Village is both not exactly what I wanted but, surprisingly, better than I expected. In a lot of ways, it’s like a Resident Evil-themed amusement park, which can make it feel less cohesive and a bit silly. However, most fans of the series will like what we got here. It has a well-designed world filled with interesting things to see and do, and a lot of variety that keeps it feeling fresh for the duration. The classic Resident Evil feeling that the last game provided is missed some, but Capcom has proved that it can be trusted to keep making good games in the series. I really hope the team follows through on the promise held by this game’s ending, though. 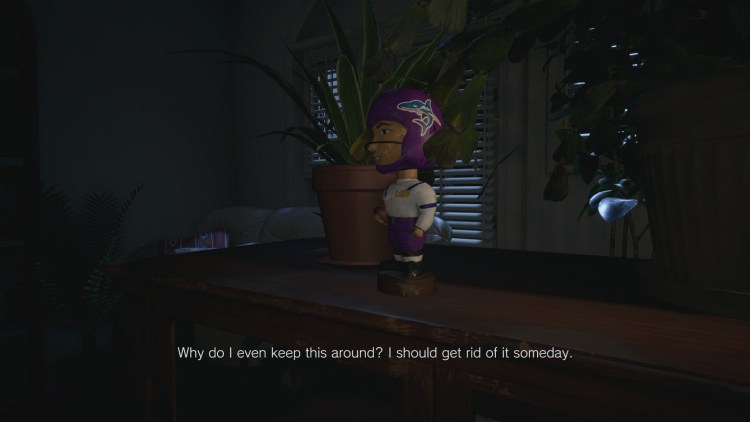 It jumps between gameplay styles more than I expected and doesn't scratch the same itch as its predecessor, but this is a damn good game that every fan of the series needs to play.