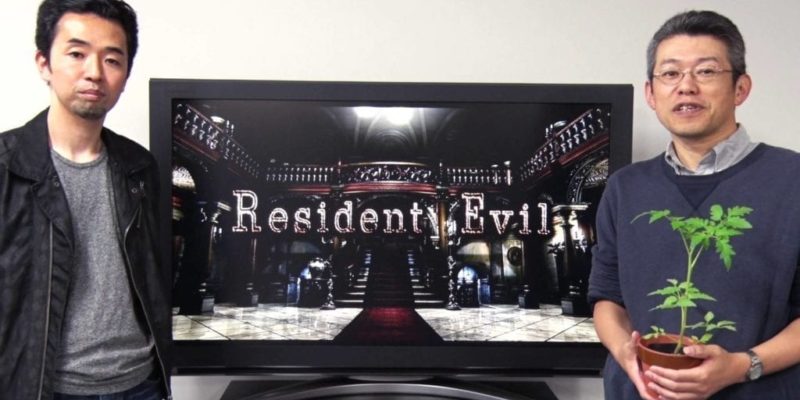 The HD remaster of the original Resident Evil was fairly well-received across the board. It was mostly in the graphics department where the polish and improvements were made, allowing the game to make the leap into the next-generation of PC and console gaming. Now, it is the GameCube original known as Resident Evil Zero that will receive some much-needed pampering.

And, the announcement was done in fitting–yet–weird fashion, with a plant.

In the video, you will notice that Koji Oda (original Resident Evil Zero Director) is now the Director on this project. And, Tsukasa Takenaka (writer involved with previous Resident Evil titles, Producer on Resident Evil: Revelations) is stepping back into the role of Producer. It is comforting to know that there is a lot of history with the game, stemming back to the original GameCube exclusive, all the way up until current-gen titles.

Here is the first and only screen available for the Resident Evil Zero remaster.

Resident Evil Zero is looking to launch on the PC, Xbox One, and PlayStation 4. Surprisingly, an Xbox 360 and PlayStation 3 version is also in development. The game is slated for “Early 2016” for its release.

How 48GB of Star Citizen data leaked into internet space