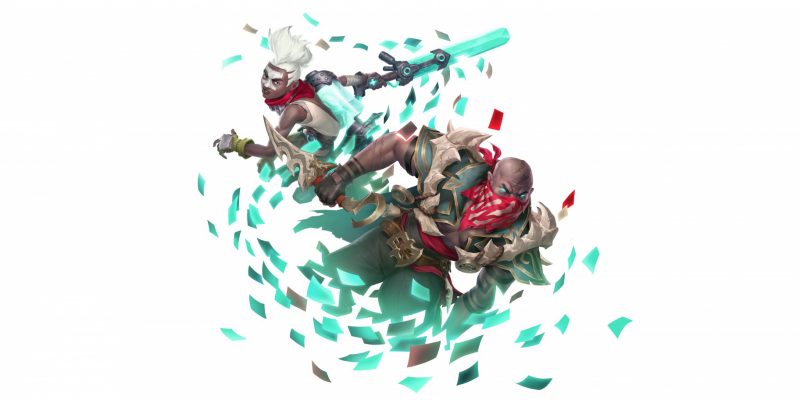 The final expansion for the Empires of the Ascended set has been announced for Legends of Runeterra. A Rise of the Underworlds trailer recently released, announcing it as the third expansion. This set follows Empires of the Ascended and Guardians of the Ancient, which brought the Shurima region to the game. This expansion will contain 40 new cards, including three new champions and new cosmetics. Two of those champions we can see in the animated launch trailer, Ekko and Pyke. It will also bring a new keyword to the game, Lurk.

We also get a look at three other new cards outside of the Rise of the Underworlds trailer. First is Fallen Feline, a one drop with 2/1 and an effect: “When I’m summoned, create a Hexite Crystal in the bottom 10 cards of your deck.” Hexite Crystal is a two drop spell card that reads, “If you see me in a Prediction, draw me. Deal 2 to enemies and the enemy nexus.” This obviously has some built-in synergy with the Targon region. Plus, just having a Miss Fortune-like ability printed on a Fast speed spell card is incredibly powerful by itself. 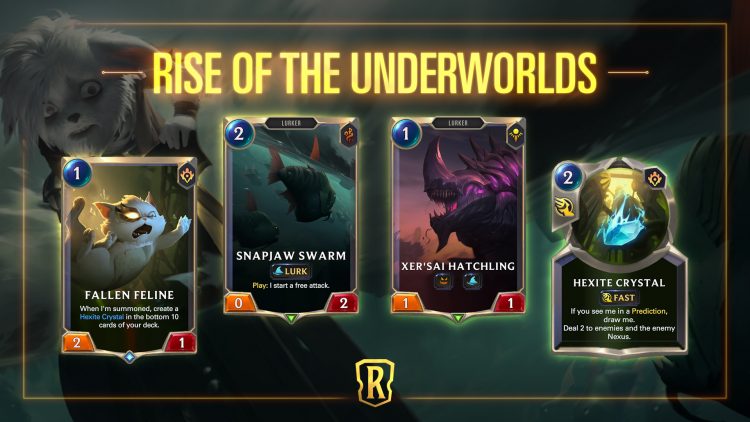 What lurks underneath your deck?

Last up is Snapjaw Swarm, a 2 drop with 0/2. It has the lurk keyword and starts a free attack when played. This is meant to be paired with Xer’Sai Hatchling on the top of your deck, as it offers one damage for free straight to the opponent’s nexus. Being able to summon multiples of these a turn could be troublesome for your opponent. Lurk seems to have a focus on burn damage and quick attacks, which could also make it pair well with Irelia and other Blade Dance cards.

Rise of the Underworlds releases very soon on June 30. Accompanying the expansion will also be, according to Riot, one of the largest balance patches since the game’s release. I apparently promises to shake up the meta and give older champions some extra support. Check out the official website for more.