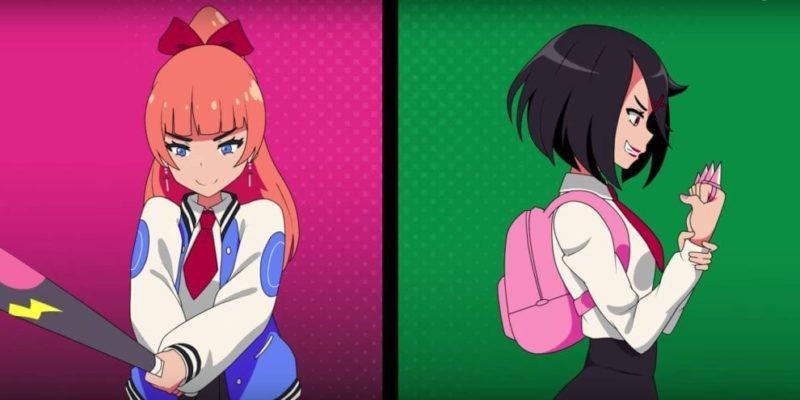 WayForward took to Twitter today to announce their upcoming fighting game, River City Girls. This is the next game in the Kunio-Kun (River City) series, and it will feature Kyoko and Misako as the two main characters. River City Girls brings the arcade-style beat ’em up gameplay that the series has a long history with to PC and current generation consoles later this year.

Check out the new teaser trailer below!

River City games in the past have focused on the fighting duo of Kunio and Riki, but what happens when a couple of street punks get the jump on them? Then it’s time for their girlfriends to save the day. River City Girls stars Kyoko and Misako, a pair of high school ruffians who are ready to knock some heads around to find their kidnapped boyfriends. The game will span across six different regions, each with new enemies to beat, sidequests to complete, and NPCs to interact with.

Combat will remain similar to in past River City titles. Players can create combos out of punches and kicks, counter enemy attacks, and toss opponents across the screen. You will even be able to whoop some enemies’ butts so hard that they will join you in your quest! There will be a bunch of weapons, such as Kyoko’s baseball bat and Misako’s spiked knuckles, to help you dish out the pain. River City Girls can be played either single player or in co-op mode. All of this will be done with the musical stylings of NateWantsToBattle, Christina Vee, and more accompanying your adventure.

River City Girls will be coming digitally to PC for $29.99 via Steam, GOG, and Humble Bundle on September 5. It will also be available same day on PlayStation 4, Xbox One, and Nintendo Switch. A physical version of the game will be released as well through Limited Run Games. Anyone attending Anime Expo in Los Angeles, California later this week will be able to stop by Arc System Works’s booth to get their hands on the game.