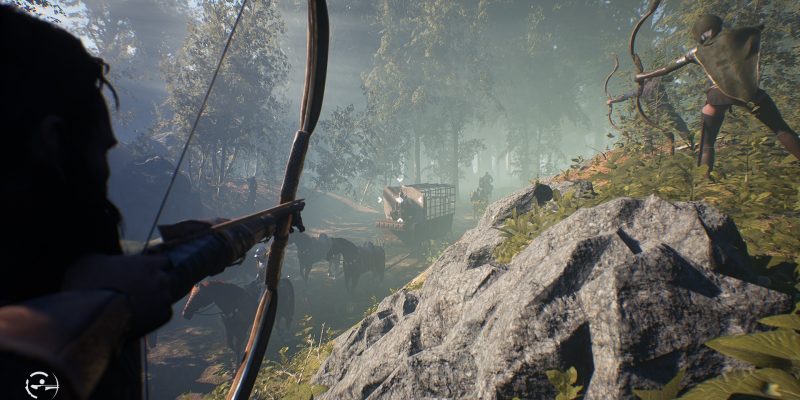 Mixing action games and city-building has been done before, but it isn’t done all that often at all. You’ve got games like ActRaiser and Dark Cloud, but it’s been a long time. Robin Hood – Builders of Sherwood, a newly announced game from developer Mean Astronauts, is hoping to deliver something in that vein — albeit by utilizing full-fledged gameplay for both genres. The city builder sections look just like a regular city-builder, with a top-down camera and the ability to place what you want where you want. For the action, though, the game switches to a third-person perspective. If the developer can pull it off, the game could really be something.

Robin Hood – Builders of Sherwood‘s more specifically tasks players with building a haven for outlaws while standing up against the forces of Prince John and the Sheriff of Nottingham. Players will recruit from surrounding villages and farms to make up Robin Hood’s band of Merry Men. Once they join up, they’ll need to be monitored to ensure they have everything they need, including food, shelter, and weaponry. You’ll also need to train them up as you build out your camp to successfully oppose the enemy forces.

Naturally, classic characters for the stories will appear in the game, such as Marion and Little John. While controlling Robin Hood in the third-person, you’ll be able to fight, steal, and even ride horses. Of course, Robin Hood – Builders of Sherwood also contains an entire open world for players to gallivant through. The announcement comes alongside a trailer that shows just how in-depth both the city building mechanics and action sections look and work.

Personally, I’m intrigued by the game and will almost certainly be playing it whenever it releases. There’s no set timeframe for the game’s launch, but you’ll know when we know. Hopefully, with an English accent.