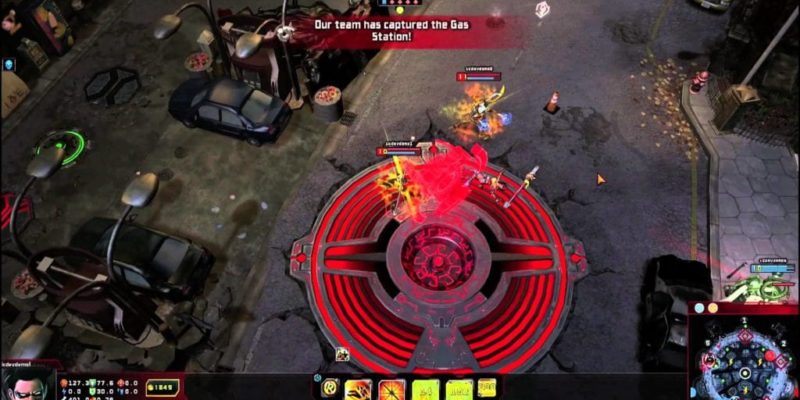 The latest hero to join in the Infinite Crisis MOBA battle is Batman’s sidekick, Robin. Oh, and it’s Tim Drake – the third Robin – if that matters to you.

Robin looks to be a melee support type. He’s got a passive – This Guy! – which is applied by his basic attack every time the skill is off cooldown, and the first friendly character to hit that target does extra damage and gets some Will or Energy back. Vault Kick has him slam into an enemy and then backflip off them, applying This Guy! and knocking them back. Bo Master has Robin’s basic attacks reduce move speed, gives him some damage reflection, and makes Vault Kick pass through enemies… but doesn’t knock them back or apply his passive. Dynamic Duo lets him buff an ally’s move speed, provides attack and power damage lifesteal, and grants bonus will and energy when that ally hits someone marked with This Guy!. Oh, and Robin also gets the benefits. Then there’s his ultimate, Emergent Leader, which has him spin his bo staff overhead, dealing damage to nearby enemies and knocking them back while buffing the attack and power damage of nearby allies.

Which makes it sound like he’s a decent lane partner to have, and is very, very good at knocking enemies out of position. You can have a look at all this stuff in action in the video below.

Any heroes or villains you want added? I’d love to see Constantine pop up, but his lack of overt powers (and the fact that his material is considerably more mature than everything included so far) means he’s probably not the sort of thing DC want in this game. I’m not sure how you’d turn “accidentally gets everyone he loves killed” into an in-game power, either, but some sort of Deadpan Snark ability that stuns opponents would be wonderful. Or maybe he just smokes at them.