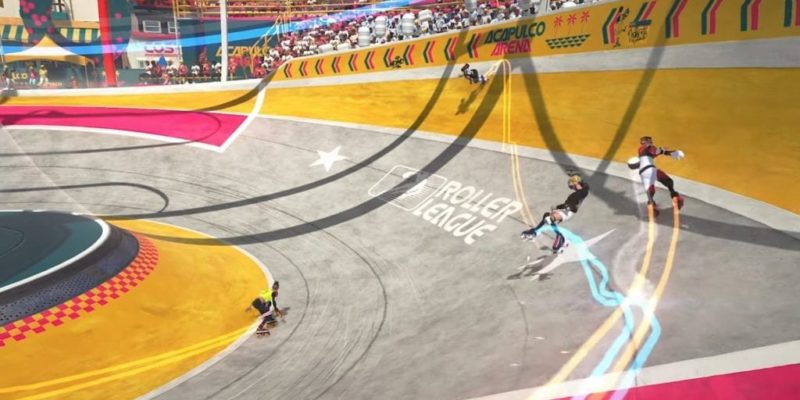 Roller Champions was officially revealed today during the Ubisoft E3 2019 press conference. There were rumors floating around recently that Ubisoft was working on a Rocket League rival. Well, the rumors were true — sort of. Roller Champions does pit two teams of three against each other to score points. However, the game appears to be more of a blend of roller blades, a rink, and basketball, so it’s not quite the same. Additionally, the game can be played today, as a demo has just dropped on Uplay.

Roller Champions pits you and your team against a rival team in a large arena. The game leans heavily on high speed and brute force. You take possession of a glowing ball, make a lap around the arena, and then score by throwing the ball through a hoop. It’s like the ancient Mayan ball game on wheels, in a way. You can tackle and slam opponents to force them to drop the ball, or dodge, duck, and dive past those looking to take you down. 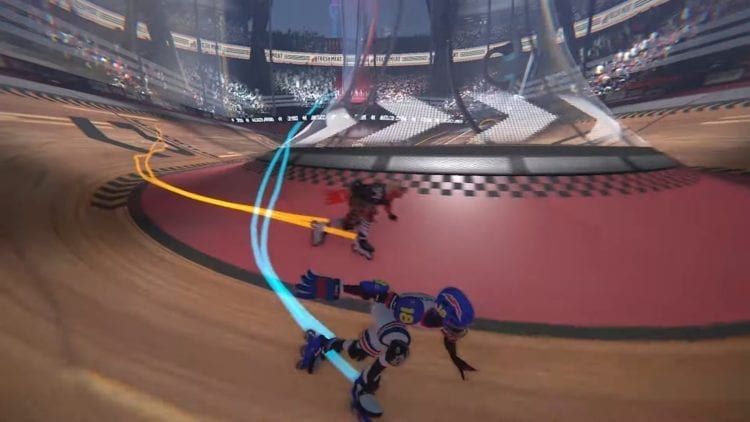 It’s not really like Rocket League, but the team colors are orange and blue.

Welcome to 2029. Roller Champions arenas are built all over the world and fans rush to the stands to admire their modern-day heroes, the Roller Champions. They roll up to 100 miles an hour, dash into opponents with visceral impact, wall-skate to the sky, and dunk while thousands of fans scream their names.

There is more to the game than simply scoring points, however. Roller Champions will come with a type of career mode. You’ll begin at the bottom of the barrel, where you must earn fame by winning matches. As you score wins, you gain more fans, as well as a place on the game’s online leaderboard. The game also has a character customization option. It will allow you to build your player and unlock new gear such as wheels and helmets.

Roller Champions is set to release as a free-to-play game. So far, Ubisoft hasn’t revealed the release date, but you can play it early starting today with the demo now available on Uplay. However, this only lasts until June 14.